Lithium-ion (Li-ion) batteries are widely used in portable electronic devices, electric vehicles, and grid-scale energy storage systems. Safety of Li-ion batteries, however, has been called into question repeatedly over the past several years due to a conventional organic electrolyte causing fire and explosion in many cases. Ceramic solid-state electrolyte (SSE) thin films promise a viable solution to addressing the safety issue by blocking the lithium dendrite that causes short circuit and thermal runaway, meanwhile offering high energy density for next-generation Li-ion batteries. However, current SSE thin films have low ionic conductivities, which can be attributed to poor material quality. 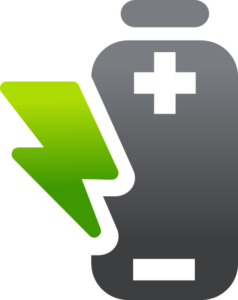 A research team led by Liangbing Hu at the University of Maryland’s A. James Clark School of Engineering recently developed a new method of printing and sintering a variety of SSE thin films. This work, entitled, “Printable, high-performance solid-state electrolyte films,” was published on November 18, 2020, in Science Advances. The team named this method “printing and radiative heating” (PRH), which features a solution-based printable technique followed by rapid sintering.

In a typical process, a precursor suspension is printed on a substrate, whose concentration and thickness can be adjusted. The high-quality and high-performance SSE thin film can then be obtained after rapid (~3 s) high-temperature (~1500°C) sintering, ensuring minimal Li loss and high crystallinity. This approach not only leads to dense and uniform microstructure for the SSE thin films, but also ensures superior ionic conductivity. Notably, the fabrication process – from precursor to final product – only takes ~5 min, which is ~100 times faster than conventional methods.

In a proof-of-concept demonstration, the team showed a printed garnet-based SSE thin film to have high ionic conductivity of up to 1 mS/cm and excellent cycling stability. In addition, the PRH method enables many other designs such as complex multilayer assembly without cross-contamination during synthesis. It can also be extended to preparing other ceramic thin films, which opens up new opportunities in developing safe and high-performance solid-state batteries and other thin-film-based devices.

The A. James Clark School of Engineering at the University of Maryland serves as the catalyst for high-quality research, innovation, and learning, delivering on a promise that all graduates will leave ready to impact the Grand Challenges (energy, environment, security, and human health) of the 21st century. The Clark School is dedicated to leading and transforming the engineering discipline and profession, to accelerating entrepreneurship, and to transforming research and learning activities into new innovations that benefit millions.