An organization that projects an ethical face but whose managers fail to respond to internal ethical situations sends mixed messages to its employees, which can lead to a lack of employees’ moral courage and an increase in unethical behavior, according to a study led by a Baylor University researcher. 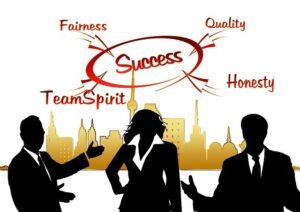 The study, “Management Without Morals: Construct Development and Initial Testing of Amoral Management,” is published in the journal Human Relations. The research comprises three survey-based studies of 1,034 full- and part-time workers to answer the question of, “What happens when leaders do not respond to the ethical components of business situations?”.

“I believe the key surprise finding is that in an ethical environment – or one that is thought to be ethical – amoral management is even more problematic for employees,” said the study’s lead researcher Matthew J. Quade, Ph.D., associate professor of management in Baylor University’s Hankamer School of Business. “The amoral manager’s lack of an ethical message is particularly ambiguous in an environment that is otherwise offering clear messages about ethical expectations for organizational members.”

Although an amoral manager can be unethical, Quade said the researchers define an “amoral manager” as different from an “unethical manager.”

“Amoral management – which is when a leader consistently does not respond to ethical situations – has a detrimental influence on employees,” Quade said. “Employees who work for amoral managers have less moral courage, which results in their engaging in higher levels of unethical behavior.

Moral courage, he said, is needed when the person recognizes there is an objective danger in acting morally and it helps him/her to endure through the danger.

Examples of moral courage include a willingness to correct co-workers; adherence to policies or procedures, even in the face of peer pressure to do otherwise; and a willingness to do the right thing, even at a personal cost.

Lack of moral courage can lead to unethical behaviors such as employees discussing confidential information with unauthorized people, falsifying receipts to get greater reimbursements, damaging work property, taking property from work without permission, misusing company assets and resources; and saying or doing hurtful things to others purposefully.

“Itis imperative for managers to be vocal about their expectations when it comes to ethics,” Quade said.” When they fail to engage in situations that have ethical implications, employees suffer.”

Amoral management could have damaging long-term effects on an otherwise ethical workplace environment. The study indicates that organizations can prevent amoral management by being proactive in their ethical training and setting of expectations for employees.

The researchers conclude that “by introducing an amoral management measure, future research will be able to test the theoretical assumptions made by previous researchers and help managers recognize why leaders may default to amoral management and whether this leadership approach is effective or ineffective.”

Baylor University is a private Christian University and a nationally ranked research institution. The University provides a vibrant campus community for more than 19,000 students by blending interdisciplinary research with an international reputation for educational excellence and a faculty commitment to teaching and scholarship. Chartered in 1845 by the Republic of Texas through the efforts of Baptist pioneers, Baylor is the oldest continually operating University in Texas. Located in Waco, Baylor welcomes students from all 50 states and more than 90 countries to study a broad range of degrees among its 12 nationally recognized academic divisions.