A new Deloitte Poland report details a sharp spike in the desktop segment of the 3D printing industry – and it predicts an exponential increase in the growth of the global 3D printing market from an estimated $4.8 billion in 2015 to more than $20 billion in 2020, based on review of available forecasts.

The report includes a thorough description of the prevalent technologies, statistics, growth projections and an overview of many of the major players in the industry. According to the report, desktop printers represented 95% of all 3D printers sold in 2015 after being a virtually non-existent segment of the industry before 2011. 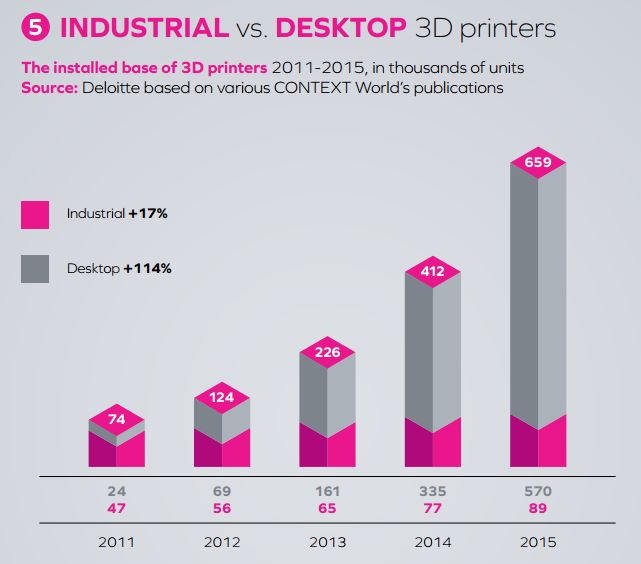 In terms of sales revenues, the desktop segment generating $ 293 million represents a small share of the overall AM market – although a small segment, however, the desktop segment posted an impressive annual revenue growth of 62% in 2015 – said Mark Cotteleer, Research Director, Deloitte Services LP

The report also indicates modern desktop printers are getting much closer to the quality and features of the industrial segment. A high rate of innovation and race for patents translates to increased printing speeds and the availability of materials. This makes AM a technology suitable to new applications in more sectors.

While desktop 3D printers were earlier used by hobbyists or for limited use in the education sector, these printers are increasingly finding applications in diverse industries such as engineering, product design, art, jewelry, dentistry, and consumer products – said Cotteleer.

FFF, Stereolitography and Material Jetting are the most common technologies in industrial settings. The prevalence of Fused Filament Fabrication (FFF) is fueling the growth of the desktop segment because it excels in areas that are most important for wide adoption including ease of use and cost effectiveness. Forecasts predict FFF to be the dominant technology, expected to account for 97.5% of all 3D printers (including also nonindustrial users) by 2019 in terms of shipments. 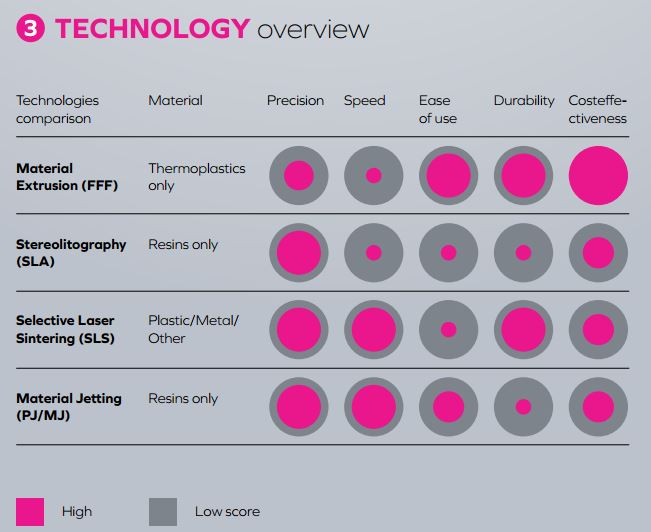 While the major AM vendors struggled in 2015, smaller manufacturers like the Polish Zortrax strengthened their position, sales volume and adoption in the desktop segment.

With more companies exploring new and exciting ways to utilize the technology, we are sure to see success stories surrounding the use of 3D printers spread. The high quality offered by desktop printers, combined with their affordability, is opening new opportunities for business owners – said Bartłomiej Cymer, Zortrax Marketing Director.