Last week, The Washington Post published an article about Alexandra Elbakyan, a 27 year old student from Kazakhstan and Founder of Sci-Hub, an online database of nearly 50 million pirated academic journal articles. To some, she is “The Robin Hood of Science.” To others, she is a notorious cyber-criminal.

Elbakyan’s case raises many questions. To me the most important one is: is this a sign that academic journals will face the same fate as the music and media industries? If so – and there are strong parallels to be drawn − then scientific publishing is about to be transformed. 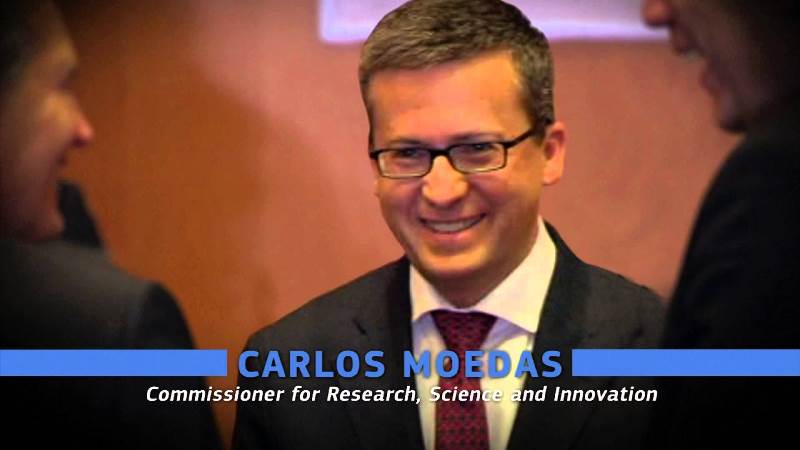 So, either we open up to a new publishing culture, with new business models, and lead the market… Or we keep things as they are, and let the opportunity pass us by. As I see it, European success now lies in sharing as soon as possible, because the days of “publish or die” are disappearing. The days of open science have arrived.

So today I want to talk to you about:

In my view, there is a strong economic, scientific and moral case for embracing open science. Which brings me to my first point: why open science is a good thing and one of the 3 core priorities of my mandate.

Let’s take the example of open access first of all.

A recent study analysed the economic impact of opening-up research data. Using the example of the European Bioinformatics Institute of the European Molecular Biology Laboratory, the study demonstrated that the institute generates a benefit to users and their funders of around 1.3 billion euros per year − just by making scientific information freely available to the global life science community. This is equivalent to more than 20 times the direct operational cost of the institute!

So open access increases the value of public investment in science.  But, more than that, it also contributes to scientific excellence and integrity by: opening up research results to wider analysis, allowing research results to be reused for new discoveries, and enabling the kind of multi-disciplinary research that is increasingly needed to solve global problems in the 21st century.

Then, there is the moral case for open access. I think the public have the right to see the results of the research they have invested in.

In short, open access makes complete sense. It generates income, raises excellence and integrity, and involves the public in what they pay for.  The question is rather how do we make the transition? Who pays and who benefits, and how do we do this together?

This brings me to my second point today, which is my vision for open science.

First, we need open access. Europe must transition from a pay to read to free to read culture. Free doesn’t mean no revenue, it just means different revenue. I believe every scientific article from Europe should be open access, for the reasons I mentioned before.

Second, we must clarify copyright. Europe must also transition from legal uncertainty, to a clear legal framework for using data for research: so that researchers are able to reuse and recombine big data − enabling Europe to become a leader of data driven science.

So what do we need to achieve all this?

Scientific publishing needs to be financially sustainable, so who should pay? The Dutch scientific community has led the way in establishing a new funding arrangement with publishing companies.

This is the kind of new business model that we can all learn from, but one that only works if we remove other barriers to open access. For example, we need to look at how scientific success is measured, and make use of alternative methods that do not rely solely on scientific publications. In Horizon 2020, open access is already mandatory and other funders are beginning to require the same.

Of course, open access naturally leads to researchers reusing data and research results, but often the legal framework for doing so is unclear, or differs from country to country.

So, to answer this need for clarity, the Commission will propose a Copyright Directive that will include research exemptions, and we have introduced specific provisions within the EU Data Protection framework.

On infrastructure, the Commission will set out an action plan to establish a European Open Science Cloud in the next few days. While I cannot go into details now, I can say that this action plan can only be realised in close partnership with the scientific community, because, together, we can not only generate more scientific collaboration, research and education − but innovations in the fast emerging digital economy as well.

So I welcome your ideas, on all of these ambitions and any others you may have, here today and in the future. And I am inviting you to continue to take part in the development of the European Open Science Agenda.  Help us decide how to provide incentives for open science. Help us reflect on new ways to reward open scientists.  Help us ensure citizen scientists contribute to European Science as valid knowledge producers, by 2020.

Finally, I am pleased to announce that we will soon launch the “Open Science Policy Platform” to advise the Commission on the policy actions required to implement the Open Science Agenda, as well as help with their implementation. We will announce its members at the May 2016 Competitiveness Council.

Only last year, a group of leading international linguists, wanted accessibility to their research results to be independent of expensive commercial publishers. So what did they do?  They left the editorial boards of their academic journals and embarked on a new venture.  They found an open access publisher that could make their dream of low-cost open access into a viable reality.