The research, which includes new analysis of CB Insights data on 450 insurtech deals over the last three years, appears in a new Accenture report titled “The Rise of InsurTech.” The report was released today in conjunction with Accenture’s Fintech Innovation Lab in London, which for the first time includes a dedicated insurtech stream comprising leading industry startups. 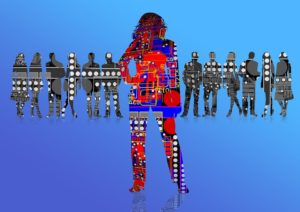 According to the report, the combined number of deals across AI (including automation) and the IoT (including connected insurance) increased 79 percent in 2016. Even though the two technologies represented only one-quarter (24 percent) of the 216 insurtech deals globally last year, they accounted for 44 percent or US$711 million of total insurtech investment – compared with just 10 percent of global insurtech investment in 2015.

“We’ve seen a rapid acceleration of investment into and deal activity around intelligent automation and IoT start-ups over the last 12 months,” said Roy Jubraj, a co-author of the report and Accenture’s Digital & Innovation lead in the company’s Financial Services practice in the U.K. and Ireland. “These technologies are primed to disrupt the industry in the years to come, so it’s fitting that we’ve established a dedicated insurtech stream as a key part of Accenture’s FinTech Innovation Lab in London.”

According to the report, the insurance industry views AI and the IoT as critical to delivering increased levels of personalization and better real-world outcomes for customers. Artificial intelligence has the potential to transform the insurance industry from simply assessing risk based on past experience to monitoring risks in real-time and mitigating, or even preventing, losses for customers. The IoT will enable insurers to offer more-personalized, real-time service; boost operational efficiency; and price their products with greater precision.

Despite the political and economic uncertainty around the United Kingdom’s vote to leave the European Union, the country continued to attract strong insurtech investment in 2016. Even though the number of insurtech deals in the U.K. remained flat, the value of the investments there more than doubled last year, to almost US$19 million. Investment in AI and the IoT also increased significantly, to almost US$1.7 million in total.

Germany and France also saw strong growth in investment in 2016 to round out the top three insurtech markets in Europe. With insurtech’s investment expanding globally, the United States’ share of deal volume in 2016 dropped slightly, from 63 to 56 percent of total deals. The percentage of insurtech investment for the rest of the world (deals outside the traditional hubs) more than doubled, from 11 percent in 2015 to 23 percent in 2016.

Insurtech’s shifting geographic focus maps closely to similar global trends across fintech. Recent Accenture fintech analysis showed that China, and more broadly, Asia Pacific, are playing a more prominent role as investment destinations for fintech capital. While global investment into fintech ventures grew 10 percent in 2016, to US$23.2 billion, Asia Pacific as a region for the first time eclipsed North America, with fintech investments there more than doubling in 2016, to US$11.2 billion.

Julian Skan, a senior managing director in Accenture’s Financial Services practice who oversees the FinTech Innovation Lab London, said, “The rise in insurtech is further evidence of the growing role that new technologies are playing in shaping innovation across financial services.  The next challenge for insurtech startups is the same as what the more mature fintechs are now facing – being able to translate that investment into growth and customer acquisition.”

Accenture FinTech Innovation Lab London
Accenture’s FinTech Innovation Lab in London kicked off the largest program in its five-year history in January, with 20 innovative startups selected from a global field of more than 300 financial services technology entrepreneurs. Eight of the 20 shortlisted startups presented at the program’s Graduation Day today in London to a group of venture capitalists and financial-industry executives. For more information, click here.

The FinTech Innovation Lab London is modeled on a similar program co-founded in 2010 by Accenture and the Partnership Fund for New York City, the US$150 million investment arm of the Partnership for New York City. In 2014 Accenture launched two other FinTech Innovation Labs, in Hong Kong and Dublin. Globally, the Labs’ alumni companies have raised more than US$480 million in venture financing after participating in the program, and the 36 companies that participated in the London FinTech Innovation Lab have increased their revenues by 170 percent, on average, since completing the program.

About Accenture
Accenture is a leading global professional services company, providing a broad range of services and solutions in strategy, consulting, digital, technology and operations. Combining unmatched experience and specialized skills across more than 40 industries and all business functions – underpinned by the world’s largest delivery network – Accenture works at the intersection of business and technology to help clients improve their performance and create sustainable value for their stakeholders. With approximately 401,000 people serving clients in more than 120 countries, Accenture drives innovation to improve the way the world works and lives. Visit us at www.accenture.com.