156 early career engineering faculty begin a five-year journey that will take them to the frontiers of fundamental engineering research.

Supported by grants from the National Science Foundation’s (NSF) Engineering Directorate, each researcher will set out with at least a $500,000 award and a plan to make advances in engineering. Their work will cover fields ranging from smart materials and advanced robotics to secure communications. 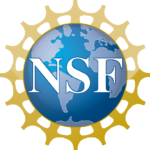 “Resilient infrastructure, abundant food and water, affordable medical treatments, smart communities – these are engineering marvels that we all want to experience,” said Barry Johnson, acting NSF assistant director for Engineering. “For each one of us, throughout our great nation, to reach the America of our dreams requires investment today in new generations of engineering researchers across the country.”

The NSF Faculty Early Career Development (CAREER) program, which extends across all of the agency’s science and engineering directorates, allows promising junior faculty to pursue outstanding research and excellence in education while integrating both. Awardees have the flexibility to explore unexpected new terrain uncovered in the course of their research.

The Fiscal Year (FY) 2017 Engineering Directorate-supported CAREER awards total about $78 million, out of an estimated $229 million in total CAREER grants across all of NSF.

This year’s awardees hail from 88 institutions across 34 U.S. states. They bring a diverse range of engineering expertise and thinking, essential components for innovation and the development of new technologies, Johnson said.

At least 32 percent of awardees are women and 10 percent are from underrepresented groups, according to self-reported proposal data. These percentages are higher than those of U.S. engineering faculty overall. In addition, more than 17 percent of awards go to grantees in Established Program to Stimulate Competitive Research (EPSCoR) states, which are working with federal support to build sustainable increases in research and education capacity. NSF awarded at least 52 percent of the Engineering CAREER awards to new principal investigators.

“The impacts of NSF early career awards extend well beyond the five years of the grant,” Johnson said. “CAREER grantees have thought about their research objectives, the knowledge they want to gather and the innovations they want to create over the long term. CAREER awards set in motion lifetime journeys of research for the investigators, and often for their students, too.”

Visit the NSF award database for the list of FY 2017 NSF Engineering CAREER grantees and see a map of where they are located.

The National Science Foundation (NSF) is an independent federal agency that supports fundamental research and education across all fields of science and engineering. In fiscal year (FY) 2016, its budget is $7.5 billion. NSF funds reach all 50 states through grants to nearly 2,000 colleges, universities and other institutions. Each year, NSF receives more than 48,000 competitive proposals for funding and makes about 12,000 new funding awards. NSF also awards about $626 million in professional and service contracts yearly.