Integrated circuits traditionally have been a domain reserved for electrons, which course through exquisitely tiny transistors, wires and other microscopic structures where the digital calculations and data processing that underlie so much of modern technology unfold. Increasingly, however, chip designers have been acting on a long-ripening vision of enlisting photons instead of, or in tandem with, electrons in the operation of microprocessors. Photons, for one, can serve as fast-as-light carriers of information between chips, overcoming digital traffic jams that at times put the brakes on electrons. Recently, DARPA-funded scientists designed and crafted a breakthrough microprocessor that combines many of the best traits of electrons and photons on a single chip.

The result is a remarkable and elegant hybrid microtechnology that boggles the mind for the intricate complexity of its sub-Lilliputian architecture. To appreciate the engineering acumen involved in the development of this chip and its tens of millions of resident electronic and photonic components, DARPA has produced an annotated, graphical tour of the new chip’s innards. Check it out, and lose yourself in a world of highways, toll gates and traffic circles populated by some of the physical world’s smallest commuters. 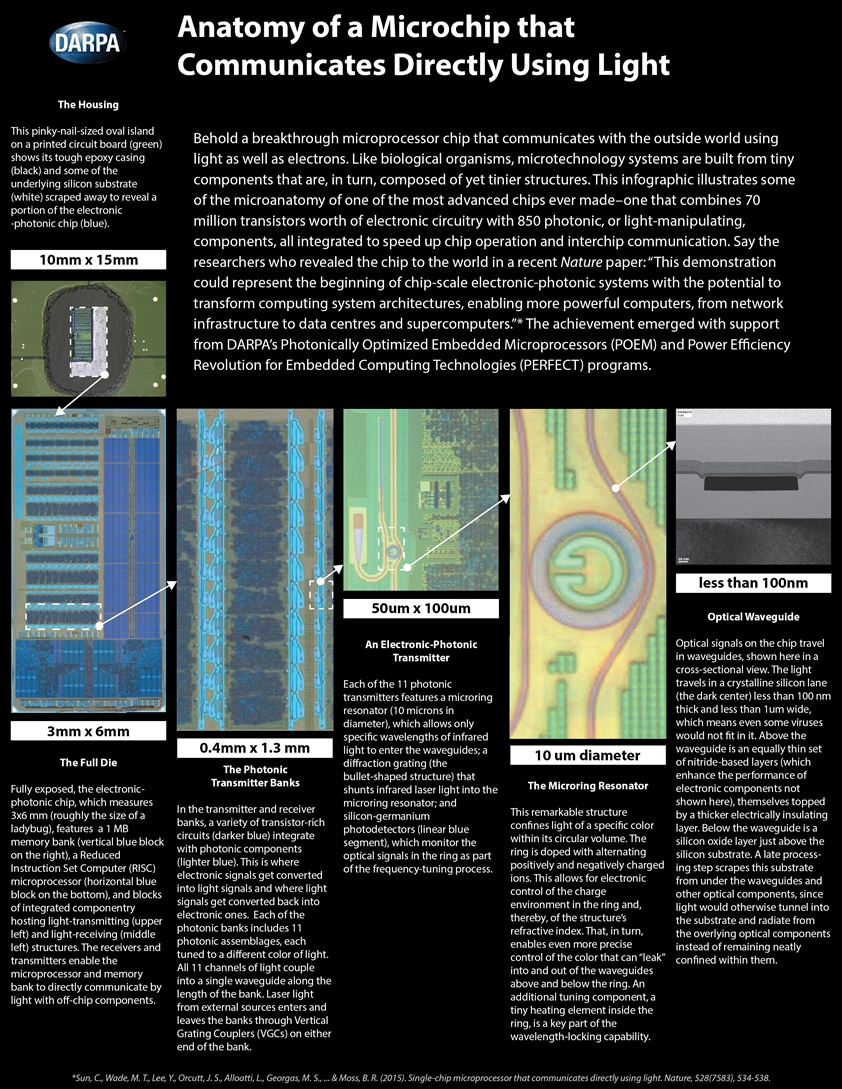