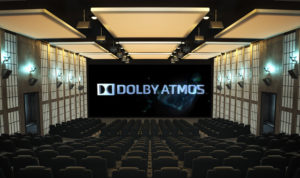 Dolby Atmos gives content creators the creative freedom to design and deliver high-quality linear VR experiences using precise, spatial audio in a three-dimensional space. As a result, consumers will feel as if they’re inside the story—with VR content in Dolby Atmos that’s more natural sounding and immersive than ever.

To experience Dolby Atmos in VR this fall, users must simply install the Littlstar application and run it on supported playback devices with a VR head-mounted display, including:

“Littlstar has always been at the forefront of developing the best VR experiences for viewers,” said Tony Mugavero, CEO and Founder, Littlstar. “By being among the first to incorporate Dolby Atmos into a global VR content network for distribution, consumers as well as studios, brands, and content owners using Littlstar will have access to the best VR-optimized spatial audio in the industry.”

“Dolby is committed to providing the most breathtaking experiences in media old and new,” said John Couling, Senior Vice President, E-Media Business Group, Dolby Laboratories. “With the integration of Dolby Atmos in the Littlstar app, a new dimension of audio is unlocked for audiences, and VR experiences feel more visceral than ever before.”

Dolby Atmos delivers moving audio—sound that can be precisely placed and moved anywhere in three-dimensional space, including overhead. It brings entertainment alive all around the audience in a powerfully immersive and emotive experience.

Dolby Laboratories (NYSE:DLB) creates audio, video, and voice technologies that transform entertainment and communications in mobile devices, at the cinema, at home, and at work. For more than 50 years, sight and sound experiences have become more vibrant, clear, and powerful in Dolby®. For more information, please visit www.dolby.com.

Dolby, Dolby Atmos, and the double-D symbol are registered trademarks of Dolby Laboratories. All other trademarks remain the property of their respective owners. DLB-G