Following a recent upgrade, the USC-Lockheed Martin Quantum Computing Center (QCC) based at the USC Information Sciences Institute (ISI) with 1098 qubits, is now the leader in qubit capacity.

With this upgrade from the 512-qubit D-Wave Two™ system, the D-Wave 2X™ processor is enabling QCC researchers to continue their efforts to close the gap between academic research in quantum computation and real-world critical problems.

The new processor will be used to study how and whether quantum effects can speed up the solution of tough optimization, machine learning and sampling problems. Machine learning algorithms are widely used in artificial intelligence tasks. 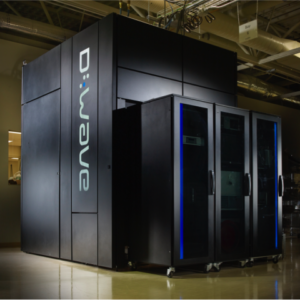 “Our QCC researchers have been studying and elucidating the capabilities of the D-Wave quantum annealing processors since 2011, starting with the first commercially released model, and we are fortunate to be able to continue this cutting edge work with this new, third-generation model,” said Daniel Lidar, the Scientific Director of the USC-Lockheed Martin Quantum Computing Center.

“Our primary goal will be to seek an unambiguous demonstration of a quantum enhancement over classical computers, an elusive goal that may, perhaps, finally be within reach,” Lidar added.

The USC-Lockheed D-Wave Quantum Computer is hosted at the USC Information Sciences Institute (ISI)at the USC Viterbi School of Engineering. The USC-Lockheed Martin QCC hosts one of two D-Wave systems that currently operate outside of D-Wave’s headquarters. The other system, owned by Google, is hosted at NASA’s Ames Research Center. A third is being installed at Los Alamos National Laboratory.

“Research advances and new insights from the quantum computing research group at ISI have, over the past few years, re-shaped the national conversation about quantum computing. This significant new upgrade provides an even more powerful platform for the group to push the boundaries of quantum computing,” said Prem Natarajan, the Michael Keston Executive Director of the USC Information Sciences Institute.

“Quantum computing has the potential to solve complex engineering problems that classical computers cannot efficiently solve,” said Greg Tallant, Lockheed Martin fellow and lead for the University of Southern California-Lockheed Martin Quantum Computation Center. “This emerging technology is expected to achieve things like rapidly debugging millions of lines of software code and solving hard computational problems in the aerospace industry. At its fullest capability, quantum computing could advance the way we solve critical issues and plan for future generations.”

The QCC researchers expect that with continued development, the D-Wave 2X system will enable breakthrough results in quantum optimization.

About Lockheed Martin
Headquartered in Bethesda, Maryland, Lockheed Martin is a global security and aerospace company that employs approximately 125,000 people worldwide and is principally engaged in the research, design, development, manufacture, integration and sustainment of advanced technology systems, products and services.

About USC Viterbi School of Engineering
Engineering Studies began at the University of Southern California in 1905. Nearly a century later, the Viterbi School of Engineering received a naming gift in 2004 from alumnus Andrew J. Viterbi, inventor of the Viterbi algorithm now key to cell phone technology and numerous data applications. One of the school’s guiding principles is engineering +, a coined termed by current Dean Yannis C. Yortsos, to use the power of engineering to address the world’s greatest challenges. USC Viterbi is ranked among the top graduate programs in the world and enrolls more than 6,500 undergraduate and graduate students taught by 185 tenured and tenure-track faculty, with 73 endowed chairs and professorships.