Nanowires are believed to be important elements in several different areas, such as in future generations of transistors, energy efficient light emitting diodes (LEDs) and solar cells.

The fact that it is possible to affect how nanowires are formed and grow has been known for a long time. What researchers have now been able to show is what needs to be done to give the nanowires a particular structure.

The ground-breaking discovery includes showing how nanowires grow, and affect the formation of different atomic layers, by using a powerful microscope and theoretical analysis.

The team wanted to understand how nanowires grow, and chose to film them though an electron microscope. The article in Nature is about these films, which show nanowires made from gallium arsenide and composed of different crystal structures.

“The nanowires grow through a self-assembly process which is spontaneous and hard to control. But if we can understand how the nanowires grow, we can control the structures that are formed in a more precise way, and thereby create new types of structures for new fields of application”, says Daniel Jacobsson. 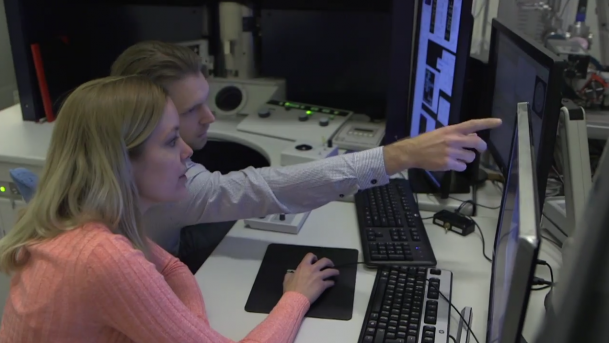 At the Centre for Chemistry and Chemical Engineering in Lund, a world-leading “super microscope” is under construction, which will be able to show, in high resolution, how atoms are joined together when nanostructures are formed.

“In our article, we show how dynamic the growth of nanowires really is. Once the new microscope is in place, we hope to be able to provide even more details and expand the scope of materials studied.

Both the current results, and hopefully those to come, are important for an even more exact formation of nanowires for various applications”, says Professor Kimberly Dick Thelander.