Mobility of researchers in Europe received a boost with the launch of a consortium that aims to establish a new pan-European pension arrangement. Once put in place, the RESAVER initiative would mean that researchers could move freely without having to worry about preserving their supplementary pension benefits. 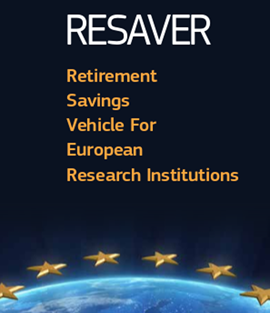 The consortium plans to set up the pension arrangement in 2015. It will enable researchers to remain affiliated to the same pension fund, even when changing jobs and moving between different countries. The European Commission will cover the initial set up costs through a four-year framework contract that will be awarded before the end of 2014.

European Commissioner for Research, Innovation and Science Máire Geoghegan-Quinn said: “We have worked hard to boost the free movement of knowledge in Europe. Our €80 billion research and innovation programme Horizon 2020 was built with this in mind. Pensions are a serious barrier to free movement, but today that barrier has begun to crumble. I strongly encourage research organisations across Europe to join the consortium.”

By participating in RESAVER, employers will be able to sponsor one single pension arrangement. It will be a highly flexible retirement savings product that corresponds to the specific needs of the research community, and is capable of delivering:

The fund will help get closer to the European Research Area (ERA), a true ‘single market for research’. The second ERA Progress Report, published on 16 September 2014 (IP/14/1003), confirmed that researcher mobility has serious benefits. For example, the research impact of researchers who have moved between countries is nearly 20% higher than those who have not. They generate more knowledge, which in turn means bigger benefits to the economy.

Mobility of researchers is a driver of excellence in research. Nevertheless, researchers currently face many difficulties in preserving their supplementary pension benefits when moving between different countries. To overcome this problem, the European Commission conducted a feasibility study in 2010 on a Pan-European pension arrangement for researchers. Following the feasibility study, the Commission’s Directorate-General for Research and Innovation invited a group of interested employers and employer representatives to prepare the ground for the establishment of what has become known as “Retirement Savings Vehicle for European Research Institutions” or RESAVER.

The initiative was singled out as a priority in the 2012 Communication on ERA, in which the European Commission committed itself to “support stakeholders in setting up pan-European supplementary pension fund(s) for researchers”.