A research team led by the U.S. Department of Energy’s (DOE’s) Argonne National Laboratory has discovered that only half the atoms in some iron-based superconductors are magnetic, providing a conclusive demonstration of the wave-like properties of metallic magnetism in these materials.

The discovery allows for a clearer understanding of the magnetism in some compounds of iron, the iron arsenides, and how it helps induce superconductivity, the resistance-free flow of electrical current through a solid-state material, which occurs at temperatures up to 138 degrees Kelvin, or minus -135 degrees Celsius. 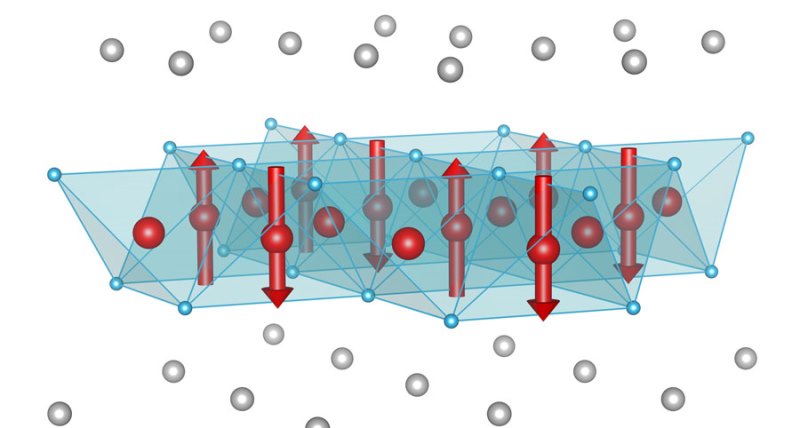 Understanding the origin of magnetism is a first vital step toward obtaining an understanding of what makes these materials superconducting.

From an applied perspective, such an understanding would allow for the development of magnetic energy-storage systems, fast-charging batteries for electric cars and a highly efficient electrical grid, said Argonne senior physicist Stephan Rosenkranz, the project’s other lead researcher.

Superconductors reduce power loss. The use of high-temperature superconducting materials in the electrical grid, for example, would significantly reduce the large amount of electricity that is lost as it travels though the grid, enabling the grid to operate more efficiently.

The researchers were able to show that the magnetism in these materials was produced by mobile electrons that are not bound to a particular iron atom, producing waves of magnetization throughout the sample. They discovered that, in some iron arsenides, two waves interfere to cancel out, producing zero magnetization in some atoms. This quantum interference, which has never been seen before, was revealed by Mössbauer spectroscopy, which is extremely sensitive to the magnetism on each iron site.

Researchers also used high-resolution X-ray diffraction at the Advanced Photon Source (APS) and neutron diffraction at Oak Ridge National Laboratory’s Spallation Neutron Source (SNS) to determine the chemical and magnetic structures and to map the electronic phase diagram of the samples used. The APS and SNS are DOE Office of Science User Facilities.

“By combining neutron diffraction and Mössbauer spectroscopy, we were able to establish unambiguously that this novel magnetic ground state has a non-uniform magnetization that can only be produced by itinerant electrons. These same electrons are responsible for the superconductivity,” Rosenkranz said.

Next, Rosenkranz and Osborn plan to characterize the magnetic excitations, or fluctuations of iron-based superconductors, to determine how they to relate to and possibly cause superconductivity.

This work was supported by the DOE Office of Science.

Argonne National Laboratory seeks solutions to pressing national problems in science and technology. The nation’s first national laboratory, Argonne conducts leading-edge basic and applied scientific research in virtually every scientific discipline. Argonne researchers work closely with researchers from hundreds of companies, universities, and federal, state and municipal agencies to help them solve their specific problems, advance America’s scientific leadership and prepare the nation for a better future. With employees from more than 60 nations, Argonne is managed by UChicago Argonne, LLC for the U.S. Department of Energy’s Office of Science.