Human fingerprints have a self-regulating moisture mechanism that not only helps us to avoid dropping our smartphone, but could help scientists to develop better prosthetic limbs, robotic equipment and virtual reality environments, a new study reveals. 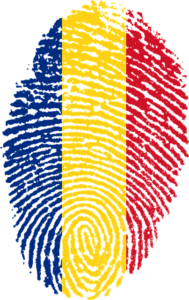 Primates – including humans, monkeys and apes – have evolved epidermal ridges on their hands and feet with a higher density of sweat glands than elsewhere on their bodies. This allows precise regulation of skin moisture to give greater levels of grip when manipulating objects.

Fingerprints help to increase friction when in contact with smooth surfaces, boost grip on rough surfaces and enhance tactile sensitivity. Their moisture-regulating mechanism ensures the best possible hydration of the skin’s keratin layer to maximise friction.

Researchers at the University of Birmingham worked with partners at research institutions in South Korea, including Seoul National University and Yonsei University – publishing their findings today in Proceedings of the National Academy of Sciences (PNAS).

Co-author Mike Adams, Professor in Product Engineering and Manufacturing, at the University of Birmingham commented: “Primates have evolved epidermal ridges on their hands and feet. During contact with solid objects, fingerprint ridges are important for grip and precision manipulation. They regulate moisture levels from external sources or the sweat pores so that friction is maximised and we avoid ‘catastrophic’ slip and keep hold of that smartphone.”

“Understanding the influence of finger pad friction will help us to develop more realistic tactile sensors – for example, applications in robotics and prosthetics and haptic feedback systems for touch screens and virtual reality environments.”

Ultrasonic lubrication is commonly used in touch screen displays that provide sensory ‘haptic’ feedback, but its effectiveness is reduced when a user has dry compared with moist finger pads. Moreover, being able to distinguish between fine-textured surfaces, such as textiles, by touch relies on the induced lateral vibrations but the absence of sliding friction inhibits our ability to identify what we are actually touching.

Fingerprints are unique to primates and koalas – appearing to have the dual function of enhancing evaporation of excess moisture whist providing a reservoir of moisture at their bases that enables grip to be maximised.

The researchers have discovered that, when finger pads are in contact with impermeable surfaces, the sweat from pores in the ridges makes the skin softer and thus dramatically increases friction. However, the resulting increase in the compliance of the ridges causes the sweat pores eventually to become blocked and hence prevents excessive moisture that would reduce our ability to grip objects.

Using hi-tech laser-based imaging technology, the scientists found that moisture regulation could be explained by the combination of this sweat pore blocking and the accelerated evaporation of excessive moisture from external wetting as a result of the specific cross-sectional shape of the epidermal furrows when in contact with an object.

These two functions result in maintaining the optimum amount of moisture in the fingerprint ridges that maximises friction whether the finger pad is initially wet or dry.

“This dual-mechanism for managing moisture has provided primates with an evolutionary advantage in dry and wet conditions – giving them manipulative and locomotive abilities not available to other animals, such as bears and big cats,” added Professor Adams.