Researchers at Stanford University highlight the airbag for cyclists by the Swedish company Hövding, and found in a study that the thickness and stiffness of the Hövding helmet is “near perfect” in terms of protecting against concussion and head injuries caused by accidents. They conclude that there is an eight-fold reduction in the risk of concussion with the Hövding airbag compared to traditional helmets. 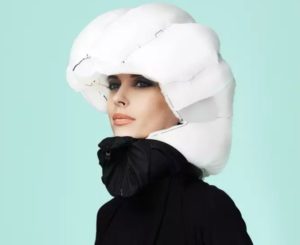 The Hövding airbag is designed in accordance with requirements, materials and methods from the automotive industry, which provides world class protection for your head. Now that a prestigious research institution like Stanford University has published a report demonstrating that the level of protection provided by Hövding far exceeds that of traditional bicycle helmets, it gives us and our customers more confidence and provides further confirmation of Hövding’s superior protection, says Hövding CEO Fredrik Carling.

The research at Stanford University was conducted over the past year and the results are being published in the renowned scientific journal Annals of Biomedical Engineering.

David Camarillo, who headed the research team behind the results, also held a lecture at the end of April at the conference TEDxStanford in the USA. The lecture was about “Building a smart helmet” and the Hövding Airbag for Urban Cyclists was showcased as an example.

The researcher David Camarillo played American football for ten years and has also sustained two concussions from bicycle accidents. The research he now leads aims to create an understanding of how to prevent and protect against concussion and head injuries. The studies have focused on bicycle helmets and have demonstrated that many bicycle helmets provide limited protection in terms of reducing the risk of head injuries. In their studies, they looked at both traditional bicycle helmets and airbag helmets.

The ultimate goal of the research is to learn about the optimum design of concussion-proof helmets. One result obtained from the study they present is that the material and design of the Hövding airbag provides outstanding protection, thus preventing concussion and head injuries. Their tests show that the Hövding airbag provides up to eight times better protection against concussion compared to traditional helmets.

Hövding is a discreet collar that the bicyclist wears around the neck.The collar contains a folded airbag that triggers in 0.1 seconds when it is involved in an accident, and a major bicycle helmet test carried out by Folksam showed that Hövding provides 3 times better impact protection than any traditional bicycle helmet. In the last three years, Hövding’s airbag helmet has begun launching internationally, and is currently available on 15 markets in Europe and in Japan. Hövding is sold by more than 600 shops and at hovding.com. In Sweden alone, Hövding is available from around 140 shops. The company has 27 employees in Malmö. Hövding was listed on Nasdaq First North on 16 June 2015. www.hovding.se