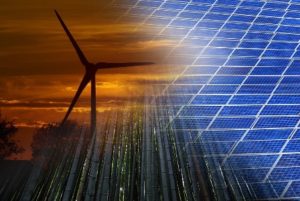 Located in Clark County, Nevada on land managed by the US Bureau of Land Management (BLM) in the Dry Lake Solar Energy Zone (SEZ), the projects are comprised of First Solar modules on horizontal single-axis trackers. The expected electricity generated at full capacity is enough to meet the consumption of approximately 46,000 Nevada homes. This is equivalent to avoiding more than 265,000 metric tons of CO₂ emissions annually which represents the greenhouse gas emissions from 52,000 passenger vehicles driven over the course of one year.

“The acquisition of Switch Station 1 and Switch Station 2 marks EDF RE’s entry into Nevada, a state with world-class solar resources where we plan to build additional projects in the coming years,” commented Ryan Pfaff, Executive Vice President of EDF Renewable Energy. “We are pleased to be working with First Solar, one of our key solar partners, to deliver affordable, reliable solar energy to NV Energy and its customers.”

“This is an exciting development in our long-standing relationship with EDF,” said Richard Romero, First Solar Vice President of Treasury and Project Finance. “There is great value in our shared ability to creatively structure a deal that meets both partners’ needs.”

EDF Renewable Energy is one of the largest renewable energy developers in North America with 9 gigawatts of wind, solar, biomass, and biogas projects developed throughout the U.S., Canada, and Mexico.