As energy from renewable sources is increasingly part of the European energy mix, MEPs propose ways to step up storage solutions such as hydrogen or home batteries.

In a report adopted on Monday, MEPs in the Industry, Research and Energy Committee outline their strategy for energy storage, which plays a crucial role in reaching the goals of the Paris Agreement on Climate change. 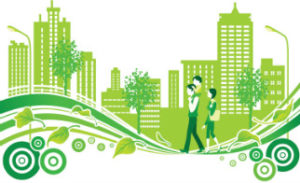 Lead MEP Claudia Gamon (Renew Europe, AT) said: “Energy storage will be essential for the transition to a decarbonised economy based on renewable energy sources. As electricity generated by wind or solar energy will not always be available in the quantities needed, we will need to store energy. Apart from storage technologies that we already know work well like pumped hydro storage, a number of technologies will play a crucial role in the future, such as new battery technologies, thermal storage or green hydrogen. These must be given market access to ensure a constant energy supply for European citizens.”

The Industry, Research and Energy Committee calls on the European Commission and member states to remove regulatory barriers that hamper the development of energy storage projects, such as double taxation or shortcomings in EU network codes. The Trans-European energy networks also need to be revised in order to improve eligibility criteria for those wishing to develop energy storage facilities, MEPs say.

MEPs also highlight the potential of hydrogen produced from renewable sources (so-called “ green hydrogen”), and call on the Commission to continue supporting research into and development of a hydrogen economy. Support measures are needed to reduce the cost of green hydrogen to make it economically viable, they say. The Commission should also assess if retrofitting gas infrastructure to transport hydrogen is possible, as the use of natural gas is only of a transitional nature.

The committee also supports the Commission’s efforts to create European standards for batteries and to reduce dependence on their production outside of Europe. The EU’s heavy dependence on importing raw materials from sources where extraction degrades the environment should be reduced through enhanced recycling schemes and by sourcing raw materials sustainably, possibly in the EU.

Finally, MEPs propose ways to boost other storage options, such as mechanical and thermal storage, as well as the development of decentralised storage through home batteries, domestic heat storage, vehicle-to-grid technology and smart home energy systems.

The report was adopted with 53 votes to 3, and 15 abstentions. It will be put to a vote during the 8-10 July plenary session.

In order to reach the goals of the Paris Agreement on climate change, the European energy system will need to become carbon-neutral by the second half of this century. However, while renewable sources of energy are key to achieving this, some of the most important renewables are not always reliable: the output of solar and wind power depends on the time of day, the seasons and the weather. As the share of variable renewables increases, energy storage is playing an increasingly important role in bridging the gap in time between energy production and energy consumption.

The European Commission estimates that the EU will need to be able to store six times more energy than today to achieve net-zero greenhouse gas emissions by 2050.