The transition towards climate neutrality will provide opportunities for and challenge regions and sectors differently. Some will see more immediate opportunities, some will face more challenges than others, and not all will have the same capacity to deal with the costs of adjusting to the climate transition. To help the most vulnerable regions deal with the socio-economic impacts of the transition, the Commission proposed in January 2020 a €100 billion Just Transition Mechanism consisting of three pillars: a Just Transition Fund, a just transition scheme under InvestEU and a public sector loan facility. The Mechanism is part of the €1 trillion European Green Deal investment Plan proposed in January. 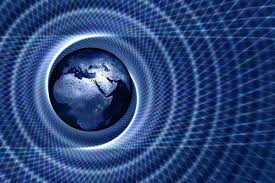 In light of the coronavirus crisis, not only the need for a sustainable, green recovery has become even more pressing, but also the need to provide support to the most vulnerable regions. This is why the European Commission wants to reinforce the Just Transition Mechanism as part of its crisis response mechanism and in its new proposal for the next long-term EU budget. The overall budget of the Just Transition Fund will be increased to €40 billion and the just transition scheme under InvestEU will be reinforced. Today, the Commission also presents its proposal for a public sector loan facility, which will mobilise between €25 and €30 billion. In total, the Just Transition Mechanism is now expected to mobilise at least €150 billion of public and private investment.

What is the top-up for the Just Transition Fund and what will it be used for?

On top of the proposed €7.5 billion, the Commission is proposing a substantial additional funding, of €2.5 billion under the next long-term EU budget and €30 billion from Next Generation EU. This brings the total for the Just Transition Fund to €40 billion.

The funding will be used to alleviate the socio-economic impacts of the green transition in the regions most affected, by for example supporting the re-skilling of workers, helping SMEs to create new economic opportunities, and overall diversifying economic activity, investing in the future of the most affected regions.

What will change for the just transition scheme under InvestEU?

What is the public sector loan facility?

Today, the European Commission and the European Investment Bank present the proposal for the third pillar under the Just Transition Mechanism, notably the public sector loan facility. The facility will be jointly implemented by the Commission and the European Investment Bank. It will consist of a grant component worth of €1.5 billion from the EU budget and a loan component of up to €10 billion from European Investment Bank’s own sources. The facility is expected to mobilise up to between €25 and €30 billion of public investment to the benefit of areas such as energy and transport infrastructure, district heating networks, public transport, energy efficiency measures, social infrastructure and other projects that can directly benefit the communities in the affected regions and reduce the socio-economic costs of the transition.

How can Member States get support from this loan facility?

The approval of the territorial just transition plans enables access to all three pillars of the Just Transition Mechanism, including the third pillar – the public sector loan facility.

The grant component of the facility will be managed under direct management by the European Commission and the loan component will be provided by the European Investment Bank, in line with the Bank’s rules, policies and procedures. To secure access to the facility, the grant component will be available to eligible projects in Member States, through national envelopes which will be earmarked until December 2024. Beyond this date, calls will be launched at EU level, to ensure the full implementation of the facility. The facility will become effective after an Administrative Agreement is signed between the Commission and the EIB.

Which regions are eligible under the loan facility?

As part of the Just Transition Mechanism, the public sector loan facility will benefit the regions most affected by the transition to a carbon-neutral European Union in each Member State, as identified in the approved territorial just transition plans.

Which investments can benefit from the public sector loan facility?

Eligible projects will be those public sector investments that directly benefit the identified territories and regions, provided they contribute to meeting their specific development needs stemming from the transition, in compliance with the territorial just transition plans.

Only projects that do not generate sufficient stream of own revenues and that would not be financed on commercial terms without the element of grant support may be eligible. The facility may support, for instance, energy and transport infrastructure, district heating networks, energy efficiency measures including renovation of buildings, as well as social infrastructure. This list is not exhaustive.