In the Netherlands there are many waterways, small inland harbors and canals that are used by citizens in their daily routines. Each city has a water infrastructure with high-density shipping traffic. For municipalities, provinces and other potential canal authorities such us Ministry of Infraestructure, it is essential to provide a system able to control the amount of boats that sails in an area an also automate the opening and closing systems of the bridges.

Vicrea is a dutch company specialized in Smart Integrated Information and Geographic Systems and Smart City solutions. The company has developed a wireless sensor network with Libelium technology to manage canals traffic in the Netherlands by controlling the flow of boats. 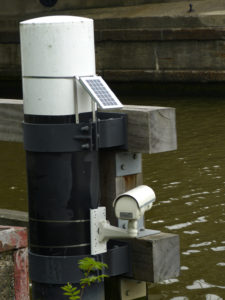 This solution arises with the objective to know the amount of ships that sails in the canals and also their direction to plan the water infrastructure. It has been already deployed in some of the most touristic and well-known cities from the Netherlands: Delft, The Hague, Leiden, Alphen aan den Rijn and Gouda.

There is a wide range of boats that sails on the canals: cargoboats, commercial passenger ships and recreational ones. Although it was known by public authorities and citizens that in specific times there was heavy traffic, there was not any knowledge and neither control to solve this problem. “Libelium helped us in an innovative and professional way to help our project to become a success”, affirms Erkan Efek, Business consultant & Architect GIS of Vicrea.

Vicrea and Libelium have worked in developing a new and innovative laser solutionthat is able to monitor direction, distance and speed. This sensor allows to detect any ship that is crossing by a concrete point and also to know the direction towards the ship is sailing. 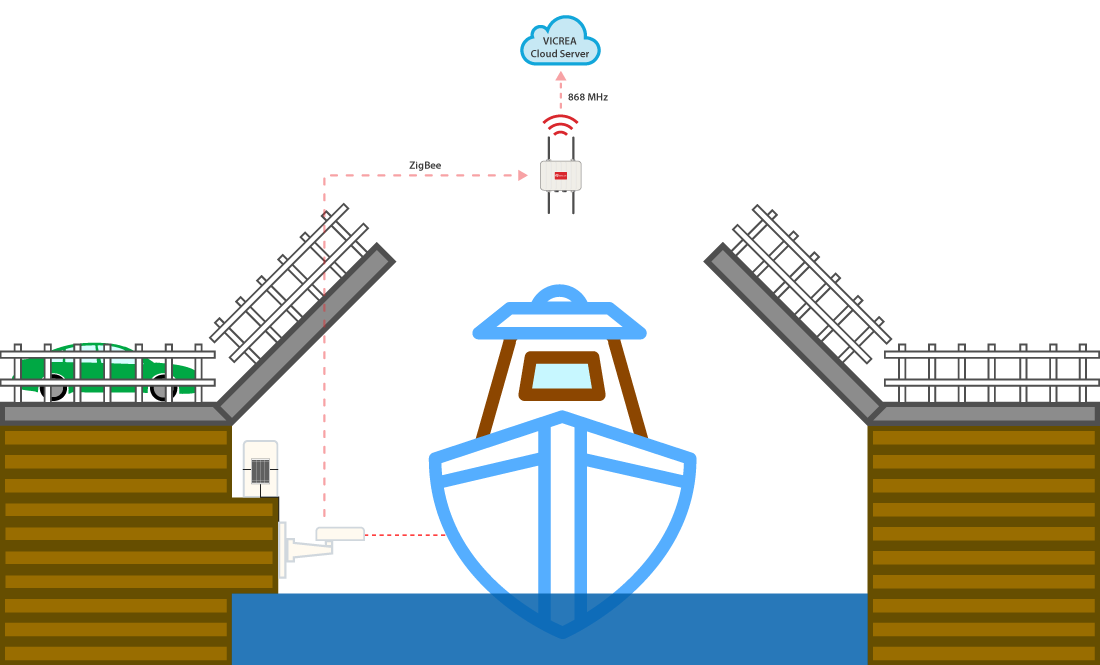 The shipping traffic data monitored by the sensors added to Waspmote Sensor Platforms is sent out through Zigbee to Meshlium. 868 Mhz wireless technology is used to connect the gateway with Vicrea Cloud Platform based on Microsoft Azure SQL Database. From there, data can be further distributed to a live monitor or can be stored for later analysis and prediction.

Traffic management thanks to sensors

The solution developed between Libelium and Vicrea will help public institutions to manage the water infrastructure and also control other issues. With this deployment, there will be possible to know if the maintenance level of canals is at par with traffic density in a canal. Bridge opening and closing will be automated to improve cars and ships experiences and also to reduce waiting times. The platform will control if a boat is entering in a private or prohibit area.

This monitoring system will be working 24 hours a day, 7 days a week, to give public authorities a holistic view about what is happening in their water infrastructures. Erkan Efek, Business consultant & Architect GIS of Vicrea, has highlighted that “the solution incorporates cost-effective elements and eco-friendly parts. We use solar panels for our power supply and send data wirelessly”.

Sensors can be placed anywhere so each government can choose depending on the needs and the urban planning of each city. Knowing in real-time information about traffic congestion or predicting maintenance for bridges are just some of the improvements that councils can apply in their strategies for water infrastructures management.

The deployment has reached the goals that the companies settled since the beginning. Data related with passing ships and also frequency will be monitored with high accuracy, costs will be drastically reduced, about 80.000 euros each year per bridge, and the system will be working with no interruption.