OmniPreSense Corporation, an innovative supplier of Short-Range Radar (SRR) solutions, announced its first radar module capable of detecting objects 5-10m away, giving electronic systems enhanced information about the world around them.  The board has a small 53x59mm footprint and capable of making any Android phone supporting USB OTG into a radar gun. 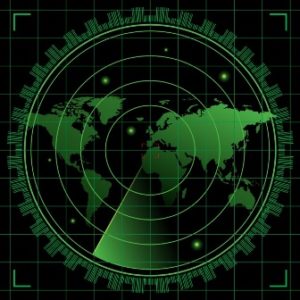 The OPS241-A short-range radar is capable of reporting motion, speed, and direction of objects detected in its wide field of view.  It can plug directly into a Raspberry Pi’s USB port to enable numerous useful applications.  A simple application programming interface (API) provides direct control of the OPS241-A, allowing changes to reported units (m/s, mph, etc.), transmitted power, and other useful settings.  Compared to passive infrared (PIR) or ultrasonic sensors, the OPS241-A provides increased range, a wider coverage area, immunity to noise and light, while providing enhanced information about the detected object.

Potential applications for the new technology include security motion detection, radar gun, and drone collision avoidance.  As a security monitor, the OPS241-A can detect a person 5m away and trigger a light or warning.  It can be plugged directly into an Android phone or tablet running USB On-the-Go (OTG) and terminal program to turn them into a radar gun capable of detecting speeding cars.  When mounted on a drone, the OPS241-A can detect objects 5-10m away for collision avoidance.

“We are very excited to release the first radar solution for the Maker community, enabling Makers to include radar capability into their inventions,” stated Rob Frizzell, CEO and co-founder of OmniPreSense.  “Sensors are an integral part of any modern system and there have been no affordable radar solutions available to the Maker community prior to this launch.  We are eager to put short-range radar into the hands of the Maker community and see the new generation of possibilities using this technology.”