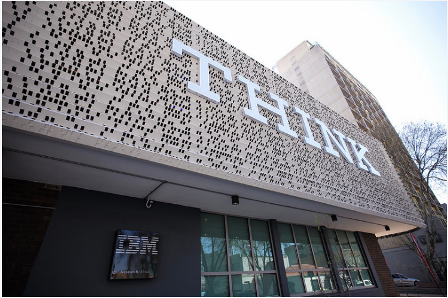 “South Africa is a tremendous growth and transformation story, yet its increasing population and healthcare delivery shortfalls continue to pose challenges in the country,” said Solomon Assefa, director, IBM Research – Africa. “With the ability to detect patterns and discover new correlations, cognitive and cloud computing and the Internet of Things can provide potential solutions.”

As part of a 10-year investment program through South Africa’s Department of Trade and Industry and working closely with the Department of Science and Technology, the new research lab is based at the University of the Witwatersrand (Wits). The university was recently ranked amongst the top 10 in emerging economies by the Times Higher Education World University Rankings.

“The launch of the IBM Research laboratory is an exciting milestone in the move towards a new era of globally competitive research, innovation and entrepreneurship that will be emerging out of the Tshimologong Precinct in Braamfontein. Wits is delighted to be collaborating with IBM. We look forward to seeing top talent congregate to address the continent’s most intractable problems and work on the world’s next game changing technologies,” said Professor Adam Habib, Vice-Chancellor and Principal of the University of the Witwatersrand.

Aligned with areas of strategic national importance, the lab’s focus areas include:

The new lab features an Infrastructure-as-a-Service (IaaS) platform based on OpenStack connected to IBM Storwize for efficiently provisioning 80TB of storage for research projects.

The lab is located in the Tshimologong Precinct in Braamfontein – an inner-city area which is today re-emerging as a vibrantJohannesburg district. The two-level, 900 square meter lab has a DIY maker space with electronic design equipment and a 3D printer.

Agile work spaces provide a collaborative environment for IBM scientists to train and mentor Wits students and local start-ups. Developer communities across Africa will also have access, at no charge, to a LinuxONE Community Cloud located inJohannesburg, which acts as a virtual R&D engine for creating, testing and piloting emerging applications via the cloud.