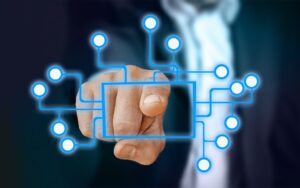 Energy taxation can support efforts to combat climate change, but current tax levels do not reflect the extent to which different energy sources pollute. A review published today by the European Court of Auditors outlines how energy taxes, carbon pricing and energy subsidies contribute to achieving the EU’s climate objectives. Even though renewable-energy subsidies almost quadrupled over the 2008-2019 period, fossilfuel subsidies have remained relatively constant over the last decade despite commitments from the European Commission and some Member States to phase them out. The auditors point to challenges faced by policymakers: ensuring consistent energy taxation across sectors and energy carriers, reducing fossil-fuel subsidies, and reconciling climate objectives with social needs.

“Energy taxation, carbon pricing and energy subsidies are important tools for achieving climate goals. The main challenge, in our opinion, is how we strengthen the links between regulatory and financial measures and find the right mix between these two”,said Viorel Ştefan, the member of the European Court of Auditors responsible for the review. “With our review, we aim to contribute to the discussion on energy prices and climate change, and in particular to the upcoming debate around the proposed revision of the Energy Taxation Directive”.

As part of the European Green Deal, a strategy aimed at making the EU climate-neutral by 2050,the Commission plans to align energy taxation with climate objectives. The European Union faces several challenges in revising the energy taxation legislation, which will also require unanimous agreement in the Council. One challenge is ensuring consistency across the EU and in sectors and energy carriers that were previously treated more favourably. Under the current Energy Taxation Directive, more polluting sources of energy may have a tax advantage compared to more carbon-efficient ones: for instance, coal is taxed less than natural gas, and some fossil fuels are taxed significantly less than electricity. Moreover, while a majority of Member States impose high taxes on fuels, several others keep taxes close to the minimum established by the Directive, and this may distort the internal market. Low carbon prices and low energy taxes on fossil fuels increase the relative cost of greener technologies and delay the energy transition.

The auditors note that while some energy subsidies can be used to move towards a less carbon-intensive
economy, fossil-fuel subsidies hinder an efficient energy transition. Overall, Member States’ subsidies for fossil fuels amount to over €55 billion per year, and fifteen Member States spend more on fossil-fuel subsidies than on renewable energy subsidies. Phasing out fossil-fuel subsidies by 2025, a goal which the EU and its Member States have committed to, will be a challenging social and economic transition. In particular, a perception of unfair treatment for some groups or sectors may result in resistance to the transition towards a greener economy. The impact of energy taxation on households can also be significant, and result in pushback against energy taxes. The amounts that households spend on energy (including both heating and transport) vary considerably: in some cases, such as the poorest households in Czechia and Slovakia, it can be more than 20 % of their income. To alleviate the risk of rejection of tax reforms, the auditors point to recommendations made already by several international organisations, e.g. reducing other taxes and applying redistribution measures, while ensuring greater transparency and communication about the reasons for reforms.

In July 2021, as part of the “Fit for 55” legislative package, a set of proposals aiming to put EU on the path towards reducing greenhouse gas emissions by 55% by 2030, the Commission published a proposal for a revision of the Energy Taxation Directive. It still allows Member States to reduce energy tax rates for some sectors, for environmental, energy-efficiency and energy-poverty reasons. The package also includes a proposal to extend the Emission Trading System to maritime transport, and introduces a separate emissions trading system for road transport and buildings. Under the current system, free emissions-trading allowances allow some market participants not to pay for part of their CO2 emissions. The gradual phasing-out of the free allowances linked to the risk of carbon leakage (i.e. an increase in greenhouse gas emissions as a result of transferring production to a country with laxer emissions constraints) is accompanied by the proposed phasingin of the Carbon Border Adjustment Mechanism. This new mechanism aims to price carbon emissions coming from imports of certain goods. The auditors also note that, when debating these proposals, policymakers would have to take both climate objectives and social impact into account.

Background information
This is not an audit report, but a review making use of the ECA’s previous work in the area of energy, climate change and taxation, as well as publicly available information and material specifically collected for this purpose.
The review covers the period from 2008 to July 2021. The auditors have taken into consideration additional data that became available after July 2021 for the price of EU emission permits (up to 30 November 2021) and for energy subsidies (data from October 2021).
The ECA’s review “Energy taxation, carbon pricing and energy subsidies” is available on the ECA website.