Future wireless networks of the 6th generation (6G) will consist of a multitude of small radio cells that need to be connected by broadband communication links. In this context, wireless transmission at THz frequencies represents a particularly attractive and flexible solution. Researchers at Karlsruhe Institute of Technology (KIT) have now developed a novel concept for low-cost terahertz receivers that consist of a single diode in combination with a dedicated signal processing technique. In a proof-of-concept experiment, the team demonstrated transmission at a data rate of 115 Gbit/s and a carrier frequency of 0.3 THz over a distance of 110 meters. The results are reported in Nature Photonics (DOI: 10.1038/s41566-020-0675-0). 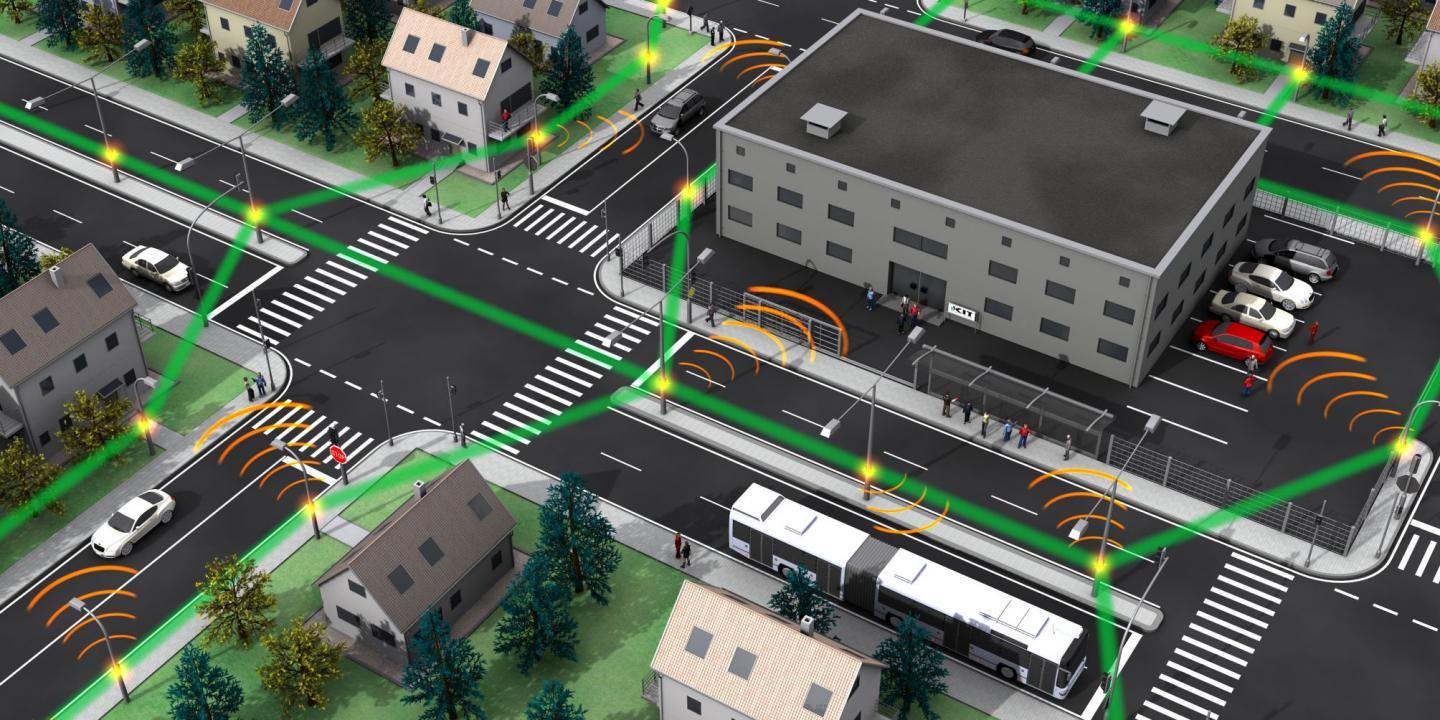 5G will be followed by 6G: The 6th generation of mobile communications promises even higher data rates, shorter latency, and strongly increased densities of terminal devices, while exploiting Artificial Intelligence (AI) to control devices or autonomous vehicles in the Internet-of-Things era. “To simultaneously serve as many users as possible and to transmit data at utmost speed, future wireless networks will consist of a large number of small radio cells,” explains Professor Christian Koos, who works on 6G technologies at KIT together with his colleague Professor Sebastian Randel. In these radio cells, distances are short such that high data rates can be transmitted with minimum energy consumption and low electromagnetic immission. The associated base stations will be compact and can easily be mounted to building facades or street lights.

To form a powerful and flexible network, these base stations need to be connected by high-speed wireless links that offer data rates of tens or even hundreds of gigabits per second (Gbit/s). This may be accomplished by terahertz carrier waves, which occupy the frequency range between microwaves and infrared light waves. However, terahertz receivers are still rather complex and expensive and often represent the bandwidht bottleneck of the entire link. In cooperation with Virginia Diodes (VDI) in Charlottesville, USA, researchers of KIT’s Institute of Photonics and Quantum Electronics (IPQ), Institute of Microstructure Technology (IMT), and Institute for Beam Physics and Technology (IBPT) have now demonstrated a particularly simple inexpensive receiver for terahertz signals. The concept is presented in Nature Photonics.

“At its core, the receiver consists a single diode, which rectifies the terahertz signal,” says Dr. Tobias Harter, who carried out the demonstration together with his colleague Christoph Füllner in the framework of his doctoral thesis. The diode is a so-called Schottky barrier diode, that offers large bandwidth and that is used as an envelope detector to recover the amplitude of the terahertz signal. Correct decoding of the data, however, additionally requires the time-dependent phase of the terahertz wave that is usually lost during rectification. To overcome this problem, researchers use digital signal processing techniques in combination with a special class of data signals, for which the phase can be reconstructed from the amplitude via the so-called Kramers-Kronig relations. The Kramers-Kronig relation describe a mathematical relationship between the real part and the imaginary part of an analytic signal. Using their receiver concept, the scientists achieved a transmission rate of 115 Gbit/s at a carrier frequency of 0.3 THz over a distance of 110 m. “This is the highest data rate so far demonstrated for wireless terahertz transmission over more than 100 m,” Füllner says. The terahertz receiver developed by KIT stands out due to its technical simplicity and lends itself to cost-efficient mass production.