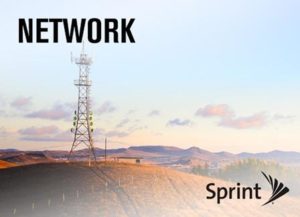 Sprint (NYSE: S), a leader in high-band spectrum and TDD-LTE networks, unveiled High Performance User Equipment (HPUE), a breakthrough innovation designed to optimize its 2.5 GHz network coverage and further unlock the company’s spectrum advantage to give Sprint customers better coverage and faster data speeds in more locations. At an event today in New York City, Sprint demonstrated the advanced new technology which is capable of extending its 2.5 GHz coverage by up to 30 percent to nearly match its mid-band 1.9 GHz spectrum performance, including indoors where an estimated 60 to 70 percent of wireless traffic is generated.

“HPUE is an incredible innovation that will dramatically improve the performance of our high-band spectrum and deliver an even better experience for the millions of customers on the Sprint network whether they’re streaming videos, playing games or using apps, both indoors and out,” said Dr. John Saw, Sprint CTO. “With HPUE, our customers using 2.5 GHz-capable phones can have nearly the same reach as our 1.9 GHz spectrum. This gives them all the coverage advantages of mid-band spectrum while maintaining the tremendous speed and capacity advantages of high-band spectrum.”

Certified by 3GPP on December 6, 2016, HPUE is a new power class – Power Class 2 – for end-user devices such as smartphones, and is designed to improve the performance of TDD-LTE Band 41 networks around the world. As part of its continuous efforts to enhance the network for its more than 60 million customers, Sprint co-led the development of HPUE in conjunction with the Global TDD LTE Initiative (GTI) and companies such as China Mobile, SoftBank, Qualcomm Technologies Inc., Samsung, ZTE, Broadcom, MediaTek, Skyworks Solutions, Alcatel, Motorola, LG and Qorvo.

“The joint test between China Mobile and Sprint proved the benefits of HPUE technology, and China Mobile will continuously promote the availability and deployment of HPUE,” said Madam Yuhong Huang, Secretary General of GTI and Deputy General Manager of China Mobile Research Institute.

Sprint’s network is ready for the initial roll-out of HPUE, including in its 250 LTE Plus markets. Samsung, one of Sprint’s most important ecosystem partners, is expected to support HPUE in devices slated for commercial launch in 2017.

“HPUE Power Class 2 is a highly important development for the growing ecosystem of Band 41 devices and TDD-LTE networks around the world,” said Jim Tran, senior vice president, product management, Qualcomm Technologies, Inc. “We are supporting OEMs that are anticipating to launch devices in the first half of 2017. These new devices will give consumers a superior wireless experience in more places.”

The development of HPUE is part of Sprint’s ongoing program to improve its network through its Densification and Optimization strategy using some of the most advanced technologies in wireless. With more than 160 MHz of 2.5 GHz spectrum in the top 100 U.S. markets, Sprint has more spectrum than any other U.S. carrier, an advantage that HPUE is designed to maximize.

“Sprint is a pioneer in high-band spectrum and our network performance is now at best-ever levels as we continue to deploy our 2.5 GHz toolbox,” said Günther Ottendorfer, COO of Technology at Sprint. “TDD-LTE and 2.5 GHz will be critical to our 5G future, and HPUE is one of our many innovations. Sprint customers can be confident that we have the highest-capacity network to meet their demand for data and new services both now and well into the future. You ain’t seen nothing yet!”

Looking ahead, Sprint will continue its deployment of three-channel carrier aggregation on 2.5 GHz sites. The company also anticipates leveraging a multitude of advanced technologies including multiple carrier aggregation, 256 QAM, 4×4 MIMO (multiple-input, multiple-output) and Massive MIMO to further enhance the capacity and coverage of its 2.5 GHz TDD-LTE spectrum.

More information about Sprint’s network and HPUE innovation is available in the Sprint newsroom.

Sprint (NYSE: S) is a communications services company that creates more and better ways to connect its customers to the things they care about most. Sprint served 60.2 million connections as of Sept. 30, 2016 and is widely recognized for developing, engineering and deploying innovative technologies, including the first wireless 4G service from a national carrier in the United States; leading no-contract brands including Virgin Mobile USA, Boost Mobile, and Assurance Wireless; instant national and international push-to-talk capabilities; and a global Tier 1 Internet backbone. Sprint has been named to the Dow Jones Sustainability Index (DJSI) North America for the past five years. You can learn more and visit Sprint at www.sprint.com