After 117 years of making tires, Goodyear today presented a vision of a future tire that looks radically different from tires today —it’s a sphere.

Goodyear unveiled its latest concept tire, Eagle-360, at the Geneva International Motor Show. The spherical, 3-D printed tire highlights Goodyear’s vision for the future and presents an inspiring solution for the long-term future when autonomous driving is expected to be more mainstream.

According to a recent study from Navigant Research, 85 million autonomous-capable vehicles are expected to be sold annually around the world by 2035, for example. According to the J.D. Power 2015 U.S. Tech Choice Study, consumers are most concerned with ensuring safety through technology in autonomous cars. 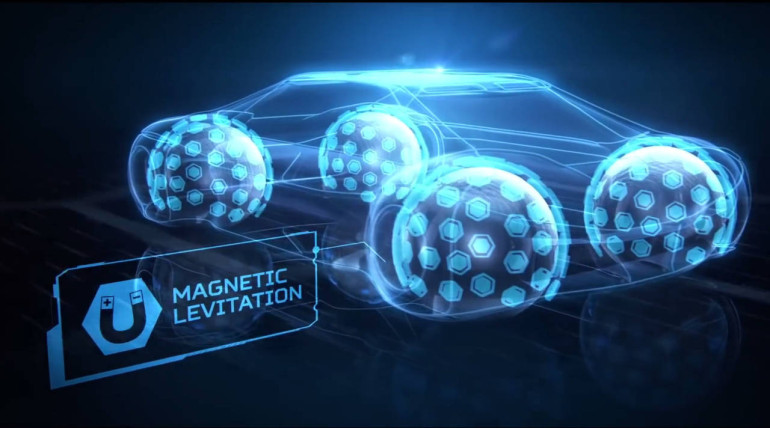 “By steadily reducing the driver interaction and intervention in self-driving vehicles, tires will play an even more important role as the primary link to the road,” said Joseph Zekoski, Goodyear’s senior vice president and chief technical officer. “Goodyear’s concept tires play a dual role in the future both as creative platforms to push the boundaries of conventional thinking and as testbeds for next-generation technologies.”

The unique shape of the Goodyear Eagle-360 could contribute to safety and maneuverability to match the demands of autonomous mobility.The spherical shape of the tire is key to delivering ultimate maneuverability. The multi-orientation tires move in all directions, contributing to passenger safety. Active technology allows the tire to move as needed to reduce sliding from potential hazards, such as black ice or sudden obstacles, so it contributes to staying on a safe path.

In addition, the spherical shape of the Goodyear Eagle-360 provides a smooth ride by creating a fluid, lateral movement. This helps the car to overtake an obstacle without changing its driving direction.

Finally, because 360 degree turns are possible with this tire, it could tackle anticipated parking constrictions of the future, as less space will be needed for cars fitted with spherical tires to pull into parking spots. Assuming public parking areas play the same role, this could significantly increase the capacity of public parking areas without increasing their size.

To connect with the body of the car, the Goodyear Eagle-360 concept tire relies on magnetic levitation. The tire is suspended from the car by magnetic fields, similar to magnetic levitation trains, which   increases passenger comfort and reduces noise.

“Though this is purely a concept tire, it showcases some of Goodyear’s best innovative thinking and how the needs of future drivers can be addressed. Based on our own recent research[3], we know that young drivers are looking for smart and sustainable cars to be part of future mobility and that reliability and safety are key for them.4 We believe the Eagle-360 concept tire could deliver a safe and sustainable solution for our end consumer who is likely to drive or ride in autonomous cars in the future,” said Jean-Claude Kihn, President of Goodyear EMEA.. “We also hope it serves as inspiration for the automotive industry as we continue to find solutions for the future, together.”

Goodyear imagined another feature, connectivity, to optimize driving conditions in autonomous vehicles, which is brought to life in three features. First, sensors inside the Eagle-360 concept tire register the road conditions, including weather and road surface conditions, and communicate this information to the car as well as to other vehicles to enhance safety. Secondly, leveraging Goodyear’s tread wear and pressure monitoring technology, sensors in the Eagle-360 register and regulate the wear of the tire to extend mileage. Finally, because the tread is produced by a 3-D printer, customizing the tire based on the region where the driver lives is a new possibility.

Elements of the Eagle-360 design showcase biomimicry, which is the imitation of nature, a principle Goodyear often uses in its designs. The tread mimics the pattern of brain coral, and its multidirectional blocks and grooves help to secure a safe contact patch. The groove bottom has the same elements as a natural sponge, which stiffens when dry yet softens when wet to deliver adequate driving performance and aquaplaning resistance. This texture also absorbs water on the road and ejects water from the tire footprint through centrifugal force to reduce the risk of aquaplaning.

About Goodyear
Goodyear is one of the world’s largest tire companies. It employs approximately 66,000 people and manufactures its products in 49 facilities in 22 countries around the world. Its two Innovation Centers in Akron, Ohio and Colmar-Berg, Luxembourg strive to develop state-of-the-art products and services that set the technology and performance standard for the industry. For more information about Goodyear and its products, go to: www.goodyear.eu​