As a leading end user and investor in additive technology for several years, GE is experiencing its transformative engineering and manufacturing power across the company’s industrial businesses.

GE has also invested approximately $1.5 billion in manufacturing and additive technologies at GE’s Global Research Center (GRC) in Niskayuna, New York, in addition to building a global additive network of centers focused on advancing the science. 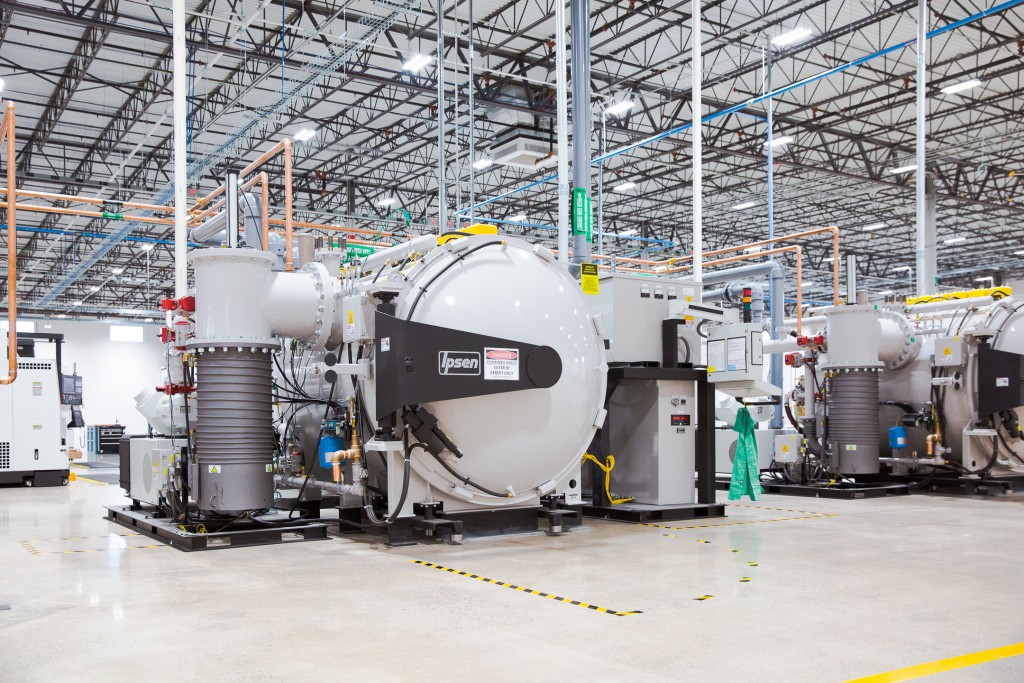 After printing, engineers place metal parts inside a pair of curing ovens filled with argon or nitrogen. “It’s like going into a sauna,” says quality leader Michelle Merwin. “The printed part heats up and relaxes. You can cut it off the support plate like butter.” Image credit: GE Reports/Chris New

GE seeks to grow its new additive business to $1 billion by 2020. GE is planning to sell 10,000 additive machines over the next 10 years.

In addition to building out a portfolio of additive machines, GE anticipates that 25% of the advanced powder metal used in manufacturing will be in the additive manufacturing space. GE’s key efforts underway to position the company as an industry provider include:

“These technologies will be bolstered by a growing global network of GE centers focused on additive research and technology,” said Mohammad Ehteshami, Vice President of GE Additive. “As GE develops its additive engineering and manufacturing capabilities, it further positions us to be better providers of the equipment.”

In addition to GE’s Global Research Center in New York, other GE centers engaged in additive R&D include:

Additive manufacturing is a key part of GE’s evolution into a digital industrial company and will leverage the Predix platform as part of GE’s Brilliant Factory initiative. GE’s industrial businesses are heavily involved in design and producing components using additive. Some key examples:

GE Additive is part of GE (NYSE: GE), the world’s Digital Industrial Company, transforming industry with software-defined machines and solutions that are connected, responsive and predictive. GE is organized around a global exchange of knowledge, the “GE Store,” through which each business shares and accesses the same technology, markets, structure and intellect. Visit GE Additive at www.geadditive.com

GE Additive is led by David Joyce, GE Vice Chairman and CEO of GE Aviation, an operating unit of GE and a world-leading provider of jet engines, components and integrated systems for commercial and military aircraft. For more information, visit us at www.geaviation.com.