There is still insufficient sharing of tax information between EU Member States to ensure fair and effective taxation throughout the Single Market, according to a new special report published today by the European Court of Auditors (ECA). The problems are not only with the EU’s legislative framework, but also with its implementation and monitoring. In particular, the auditors found that, often, the information exchanged is of limited quality or underused. 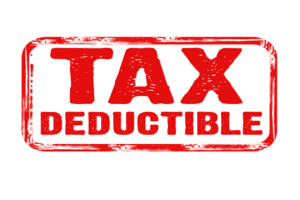 The ever growing number of cross-border transactions makes it difficult for Member States to assess taxes due properly, and encourages tax avoidance and evasion. Revenues lost to corporate tax avoidance alone are estimated at between €50 billion and €70 billion yearly in the EU, reaching some €190 billion if special tax arrangements and tax collection inefficiencies are included. Cooperation between Member States is therefore essential to make sure taxes are collected in full and where they are due.

“Tax fairness is crucial to the EU economy: it increases certainty for taxpayers, enhances investment and stimulates competition and innovation”, said Ildikó Gáll-Pelcz, the Member of the European Court of Auditors responsible for the report. “Initiatives in recent years have given administrations unparalleled access to tax data. Yet, the information exchanged still needs to be used much more for the system to reach its full potential.”

The legislative framework the European Commission has established for the exchange of tax information is transparent and logical. But it suffers from several gaps, warn the auditors. Firstly, it remains incomplete with regard to stemming tax avoidance and evasion. Cryptocurrencies, but also other forms of income, for instance, are not subject to mandatory reporting, thus remaining largely untaxed. Secondly, the support provided to Member States does not go far enough. In particular, the Commission barely addresses the issue of poor data quality and does not assess how effective and deterrent the sanctions for non-compliance are. Finally, the Commission should provide more guidance to help Member States, especially in the field of data analysis and use.

While it is essential that tax authorities have a better view of the areas most affected by tax avoidance and evasion to be able to take appropriate corrective measures, there is no EU framework for monitoring the system’s achievements. The auditors highlight that, in practice, there is no uniform set of performance indicators throughout the EU to measure the effectiveness of the tax information exchanged between Member States.

The system for the exchange of tax information can work well, provided that data are accurate, complete and shared on time. This is unfortunately not always the case, the auditors criticise. Moreover, the information exchanged is generally under-used, leading to a taxation shortfall. Yet the auditors found that exchanges on request as well as spontaneous exchanges work effectively. Similarly, simultaneous controls by two or more Member States on taxpayers of common or complementary interest to them have proved to be an effective tool for assessing the taxation of cross-border transactions.

Background information
Collecting taxes is the responsibility of each Member State. Nevertheless, the EU has a role to play in assisting them to combat tax avoidance and evasion. Together with the Member States, the European Commission has been working to make EU national tax systems more transparent, accountable and effective. To this end, a system has been put in place for exchanging tax and financial accounts information between Member States. In line with the OECD’s standards, tax authorities in the EU have also agreed to cooperate more closely, not only in applying taxation rules correctly, but also in combating tax avoidance and evasion.

The 2011 Directive on Administrative Cooperation is the fundamental piece of EU legislation on administrative cooperation in direct taxation. It has been amended several times in recent years to expand its scope.

The audit was carried out in five Member States: Cyprus, Italy, the Netherlands, Poland and Spain.
Special report 03/2021: “Exchanging tax information in the EU: solid foundation, cracks in implementation” is available on the ECA website (eca.europa.eu)