The EU agencies are playing an increasingly important part in the Union, but their role in serving EU citizens effectively needs to be evaluated more carefully. This is the conclusion of a report presented by the European Court of Auditors (ECA) today. The ECA signed off the 2019 accounts of all but two EU agencies and confirmed the positive results it had reported in previous years. For the first time, the ECA also assessed how well the EU has enabled the agencies to deliver its policies for the public good. According to the auditors, there is a need for more networking and cooperation – as well as more flexibility in the set-up, functioning and possible winding-up of agencies. 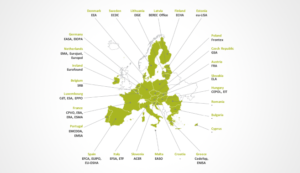 “Like every year, we examined the financial management of all EU agencies and we found their accounts in sufficiently good shape,” said Alex Brenninkmeijer, the ECA member responsible for the reports. “For the first time we also looked at how the agencies contribute overall to EU policies and to cooperation in the interest of citizens. We suggest strengthening the cooperation of agencies in order to develop them as EU centres of expertise and networking.”

Financial management. Overall, the auditors confirmed the positive results they have reported in previous years. They issued a clean opinion on the 2019 accounts of all 41 agencies they audited, meaning that the accounts present fairly the agencies’ financial situation, operations and cash flows in line with the accounting rules. They likewise found almost no fault with the legality and regularity of agencies’ revenue and payment operations, except for some issues affecting payments by the Agency for the Cooperation of Energy Regulators (ACER) and the EU Asylum Support Office (EASO). The auditors highlight the need for agencies to further improve financial management by focusing on, among other things, public procurement, conflicts of interest and recruitment procedures.

Performance. Having focused in the past on the performance of individual agencies, the ECA has now identified two key criteria for all EU agencies to contribute more effectively to EU policy. First, the auditors looked at whether the agencies’ lifecycle is flexible enough to serve the relevant EU policy area and European cooperation in a changing global landscape. In this respect, they identified a lack of flexibility in the way agencies are set up, function and, if necessary, are wound up. In some policy areas there are multiple agencies, which can lead to overlap between their mandates and/or activities.

Second, the auditors examined the extent to which agencies acted as centres of expertise and networking for the implementation of EU policies, and found that their potential is not fully exploited.

At some agencies, the auditors observed overly complex or weak governance arrangements. For example, the management boards of some agencies are quite large, risking at times inefficient decision-making and considerable administrative costs. Moreover, while the management boards’ composition allows many national views to be taken into account, it does not guarantee commitment on the part of Member States.

The audit also suggests that some agencies would have been able to perform their role more fully if they had received more support from Member States, industry, the Commission or other agencies. And finally, the auditors found that the agencies’ contribution to EU policy and cooperation, although relevant, is not clearly measured and communicated to the public. International outreach is also limited – despite some good results in, for example, the fields of aviation and judicial cooperation.

Some risks flagged by the auditors have implications from both the financial and the performance perspective – for example the inadequacy of human and financial resources in some cases. Certain agencies are overly dependent on external contractors for critical functions, which brings the risks associated with public procurement. Others might not be sufficiently reactive – for regulatory or governance reasons – to adapt their work programme or budget to rapidly changing environments. Lastly, while some agencies are chronically under-resourced, others are unable to use up their annual budgets.

In general, the auditors recommend that the Commission and the agencies:

The EU agencies are characterised by diverse governance structures, mandates and tasks, and the EU has created a range of agencies over the years to meet different kinds of challenges. Most agencies are funded almost entirely from the EU budget, and their financial management is transparent: the ECA audits their annual accounts. However, it is more difficult to evaluate how well agencies discharge their respective mandates, as the ECA has highlighted in several past performance audits of individual agencies. Over the years, the auditors have repeatedly referred to the need for improved governance, accountability and reporting on performance. This year, for the first time, the ECA has complemented its annual reports on the finances of EU agencies with an overall assessment of the conditions in which they serve the Union, the Member States and the general public.

The “Annual report on EU agencies for the financial year 2019”, detailed statements of assurance for
each agency, and special report 22/2020 “Future of EU agencies – Potential for more flexibility and
cooperation” are available on the ECA website (eca.europa.eu) in 23 EU languages.