Product development platform Rocklauncher has announced that it will start a crowdfunding campaign on 28th of March for its new product, Fridgmate, the first smart dual mode sterilizer for refrigerators. 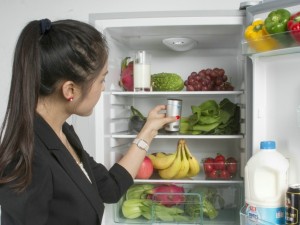 A home’s refrigerator might seem like a healthy, ideal place for food, but inside can lurk an invisible secret—a mass of bacteria called Psychrophile, which thrive on cold temperatures and are responsible for gastrointestinal ailments, food poisoning and even, in some cases, stomach cancer. The bacteria can also cause food to go bad, create lingering odors and affect the overall health of a home.

“Refrigerators are essential to modern lives,” a Rocklauncher spokesperson said. “We can’t stop using them, so our team has developed the world’s first smart sterilizer for refrigerators—Fridgmate.”

The product, which is housed in a palm-sized aluminum shell, uses ozone to kill bacteria and anions to remove odors from the air. It uses Dual Mode Smart Sterilization to eliminate 96.2 percent of bacteria in refrigerators while leaving behind no harmful compounds.

The technology is similar to ozone sterilization of drinking water, something that’s used around the world, the Rocklauncher spokesperson said.

“We spent more than a year researching how to create a product that would effectively sterilize the inside of a refrigerator while being completely safe for people. Because of the smart algorithm Fridgmate uses, the ozone overflow concentration when the user opens the refrigerator door is less than 0.018 parts per million, which is about the same as during a thunderstorm and completely harmless to humans.”

Fridgmate has a battery life of 30 days, and connects with smartphones via Bluetooth and a free app available on the Google Play and Apple app stores.

Early backers of Fridgmate can get the most favorable price at its Indiegogo page.

Rocklauncher is a new product launching platform focused on the most innovative product offerings. More information about Rocklauncher and Fridgmate is available at www.rocklauncher.com.