In Spring 2017, the MPEG-H TV Audio system will officially be on the air in South Korea’s new terrestrial UHD TV system based on ATSC 3.0. MPEG-H, now also part of the DVB standard, is intended to push television broadcasting globally to new heights with its interactive, immersive features, and universal delivery to a multitude of consumer devices. 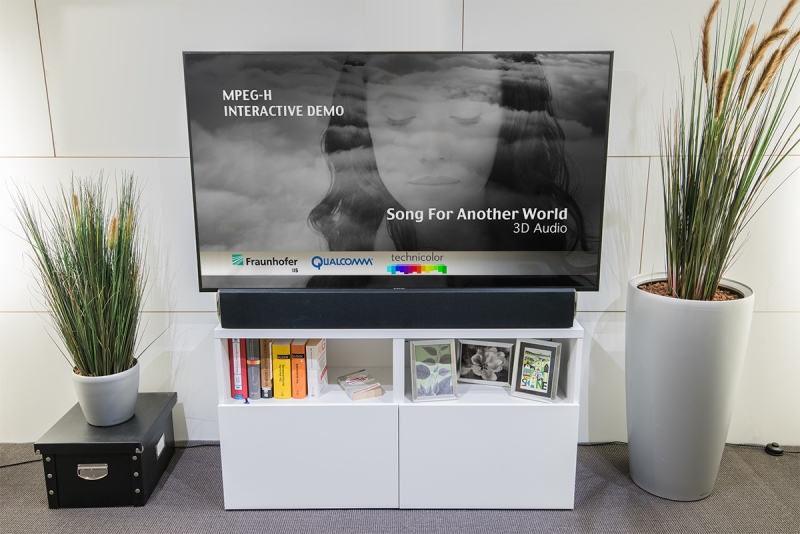 In an effort to make the AVR reference design available to original equipment manufacturers, Fraunhofer is implementing MPEG-H and Fraunhofer’s 3D soundbar processing technology on TI’s 66AK2G02 SoC, an industry-leading platform for AVRs and soundbars.

The MPEG-H system offers a wide range of benefits to consumers, including:

The advanced capabilities of the MPEG-H system enable the delivery of streaming and television audio content at comparably low bit rates, which provides a cost-effective benefit for broadcasters and streaming services.

“Our 66AK2G02 SoC featuring ARM® Cortex®-A15 core and C66x DSP is a great balance and match for the feature-rich MPEG-H system. Leveraging TI’s Processor SDK based framework for audio, Fraunhofer is able to bring up MPEG-H and Fraunhofer 3D soundbar processing technology on the platform quickly,” said John Smrstik, marketing manager, TI processors. “Our 66AK2G02 SoC is well positioned for 3D audio applications found in soundbars and AV receivers where performance, flexibility and ease of development need to be top of mind.”