Medical devices powered by synthetic proteins created from repeated sequences of proteins may be possible, according to materials science and biotechnology experts, who looked at material inspired by the proteins in squid ring teeth.

“The question we had was whether we could make flexible and self-healing medical devices to work on protons the way biological systems do,” said Melik Demirel, Pierce Development Professor and professor of engineering science and mechanics. “Nature knows how to transfer protons, for example in charging biological energy known as ATP (adenosine triphosphate).” 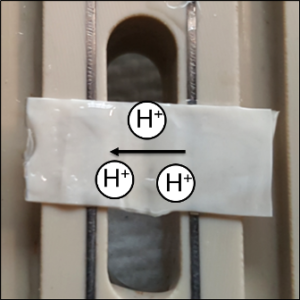 Currently, proton transfer is an integral part of fuel cells, but these cells use ion-transfer membranes such as Nafion, manufactured from polymers that are not biocompatible. The future vision is to have implantable medical devices that could operate without batteries, using proton conduction, but to do that, the proton conductors must be biocompatible.

Polymers manufactured from proteins inspired by squid ring teeth are not only biocompatible, they are also self-healing, flexible and stretchable. Because they are bio-synthetically manufactured by choosing the DNA sequences, manufacture of these proteins can be programmed to have varying conductivity and flexibility. As long as a material contains 60 percent — typical inside the body — or more water, proton conduction can occur.

Unfortunately, protein-based proton conductors are not as powerful or efficient as polymer conductors, so the researchers were looking for a way to optimize the proton conductivity of the material. They report the results of their work online in Chemistry of Materials.

Squid-ring-teeth proteins, made up of amino acids, contain many tandem repeats in their molecular make-up. Tandem repeats are usually short series of molecules that are arranged to repeat themselves any number of times. The researchers created squid-inspired proteins with 4, 7, 11 and 25 repeats. They then created films from these materials.

Looking at the synthetic squid-ring-teeth inspired proteins, the researchers realized that they are usually composed of an amorphous section and a crystalline section. They found that stretching the polymer increased the conductivity in the direction of stretch, but not in the perpendicular direction, and that stretching realigned the crystalline segments to conduct better.

Biological proton conductors do exist in nature, including silk, keratin, collagen, melanin and bovine serum albumin; however, the synthetic squid-ring-teeth inspired material conducted far better than any of the natural proteins.

“Our goal is to understand the design rules of biological proton conductors so that we can create a synthetic protein that is as good as a nonbiocompatible proton conductor,” said Demirel. “Then, can we make a self-healing, flexible pacemaker from this type of device? Can we make protonic bioelectronic devices?”

Also on the project was Madhusudan Tyagi, Center for Neutron Research, National Institute of Standards and Technology.