Hexoskin, the world leader in smart clothing design and intelligent software for health and performance, announced the release of the new Hexoskin Smart clothing system at the International Consumer Electronics Show (CES).

“We are pleased that Hexoskin smart clothing is now compatible with Strava,” remarked David Lorsch, VP Strategy & Business Development at Strava. “When paired with Strava, Hexoskin Smart will help our users better understand their athletic performance and recovery.” 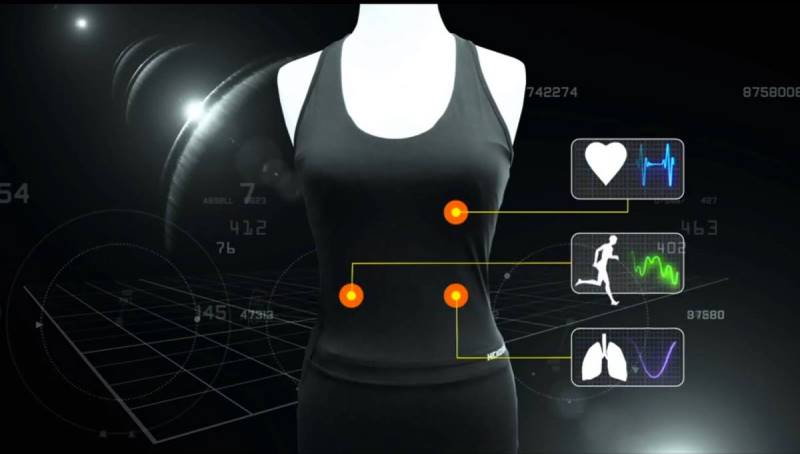 Hexoskin is at the forefront of the wearable technology industry as it relates to health and fitness, and Hexoskin Smart allows professionals and casual fitness enthusiasts to track their health and analyze the data in their day-to-day life by connecting with any Bluetooth Smart enabled app or device, such as smart watches, GPS devices, and bike computers. Hexoskin Smart also has an SDK for mobile developers, providing direct access to Hexoskin’s data and an API for cloud-based health and research applications. Users can now download complete raw data for analysis and export it to other popular platforms such as Strava, Runkeeper, and Endomondo.

“We wanted our smart clothing to work seamlessly with the best mobile apps for running, cycling, and other sports,” said Pierre-Alexandre Fournier, CEO and co- founder of Hexoskin. “With Hexoskin Smart, our shirts now work with apps and training programs installed on more than 200 million smartphones.”

Hexoskin Smart works for both iPhone and Android users and has more than twice the battery life of Hexoskin Classic, with more than 30 hours of use from a single charge. The new device is compatible with all the existing Hexoskin shirt collections for men, women, and kids.

Hexoskin shirts are odor-resistant, comfortable, and safe to use in contact sports. Hexoskin shirts are also scientifically proven to accurately measure heart rate, breathing, and movement, providing users with insights about their physical training, sleep, and daily activities whether awake or asleep.

In December 2015, Hexoskin announced it raised over $3 million in funding from investors, including Anges Quebec and Anges Quebec Capital, and has secured additional funding for astronaut health projects with NASA and the Canadian Space Agency. Following a successful crowdfunding campaign in 2013 where they reached 166 percent of their goal, and subsequent worldwide sales and distribution of their freshman product Hexoskin Classic, the brand is turning to Indiegogo again to crowdfund Hexoskin Smart and to ramp- up production. Backers will benefit from the unique opportunity to get their hands on the most advanced smart shirt in the world first, at a discounted rate, starting at $299 for a full kit.

For more information about Hexoskin Smart and to support the Indiegogo campaign, visit: igg.me/at/hexoskin-smart

Hexoskin is the world leader in smart clothing for health monitoring. Hexoskin smart shirts are used by NBA players, Cirque du Soleil, and thousands of athletes, trainers, and health professionals all over the world, and provide a new, convenient way to understand human health in real-life environments. In addition to serving its clients in sports science and health research, Hexoskin is a supplier of smart clothing for aerospace and military organizations in many countries, including the United States. For more information, visit hexoskin.com