Negotiators of the European Parliament, the Council and the Commission agreed on the first EU-wide rules to make the websites and mobile apps of public sector bodies more accessible, especially for the blind, the deaf and the hard of hearing.

The internet has become an essential way to access and provide information and services. It is therefore more important than ever to make sure that everyone can perceive and understand websites and mobile apps, and interact with them properly. 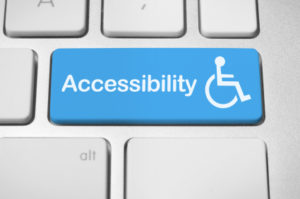 Around 80 million people in the EU are affected by a disability. As the EU population ages, the figure is expected to increase to 120 million by 2020. A common approach to ensure web accessibility will contribute to an inclusive digital society and to unlocking the benefits of the Digital Single Market, for all European citizens.

The Directive will cover public sector bodies’ websites and mobile apps, from administrations, courts and police departments to public hospitals, universities and libraries. It will make them accessible for all citizens – in particular for the blind, the hard of hearing, the deaf, and those with low vision and with functional disabilities.

Günther H. Oettinger, Commissioner for the Digital Economy and Society, said: “It is not acceptable that millions of European citizens are left behind in the digital society. The agreement that we have just reached will ensure that everyone has the same opportunity to enjoy the benefits of the internet and mobile apps, to participate in society to a fuller extent and to lead a more independent life.”

The agreed text of the Directive:

Following tonight’s political agreement (in ‘trilogue’, between negotiators of the European Parliament, the Council and the Commission), the text will have to be formally approved by the European Parliament and the Council. After that it will be published in the Official Journal and will officially enter into force. Member States will have 21 months to transpose the text into their national legislation.