HAPTIC.ro has already established over 300 media partnerships with principal actors in international events and conferences from all over the world such as IDTechEx, INSTICC, ConferenceSeries, SelectBio, BigIT, IoT Tech Expo, Jakajima but also with some Universities.

Your event/conference will be published onto event calendar from where can be saved as the date.

Your event description and event banner will be published on Expo page.

Add your logo on Partners area.

’’Spending the Time Researching Your Industry, your Issues, and Your audience’’ 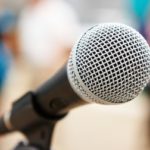 Drop us an email to stay on top of this https://www.haptic.ro/contact-us/