In a special report published today, the European Court of Auditors (ECA) calls for clarification of the contributions made by EU funds to energy efficiency in businesses. The auditors conclude that EU funding remains insufficiently linked to business needs. And its expected results, though they are impossible to capture under the existing monitoring framework, are likely to deliver only a modest input to the EU’s energy-efficiency objectives. Among other things, the auditors found evidence to suggest that a number of projects may have succeeded without public support. 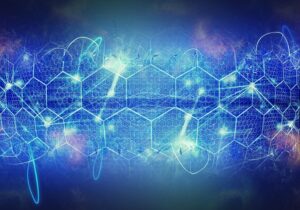 Energy efficiency is an important part of the EU’s ambition to become carbon-neutral by 2050. But significant efforts are still needed, and businesses have an important role to play. Consequently, alongside Member States’ own measures, the EU devoted significant amounts of funding to supporting energy-efficiency improvements in businesses between 2014 and 2020.

The auditors note that the planned level of EU cohesion policy support has decreased in recent years, from an overall envelope set at €3.2 billion in 2016 down to €2.4 billion in 2020. In addition, most spending has been concentrated in just a few Member States. Only five of them (the Czech Republic, Poland, Germany, Italy and Bulgaria) account for around two thirds of allocated spending on energy efficiency in businesses.

“Improving the energy performance of businesses, whatever the sector they operate in, is crucial if the EU wants to achieve its goal of cutting emissions by at least 55% by 2030”, said Samo Jereb, the member of the European Court of Auditors responsible for the report. “So far, however, the real effect of EU funding on businesses’ energy efficiency remains unclear.”

The report calls into question the real added value of the EU funding. It is clear that EU grants play a role when businesses take investment decisions. But in most cases, the investments that received funding were already planned. In other words, many projects would have gone ahead without EU support. Even without public support, investing in energy efficiency is generally efficient, the auditors note. According to estimates, it is cheaper to save one unit of energy than to pay for the same amount of electricity, the energy source predominantly used. This statement has become even more true since the recent rise in energy prices.

The overall contribution of EU funding is hard to determine. The auditors note that there is no performance assessment possible at EU level: national authorities do have indicators, but they differ from one Member State to the other, and sometimes even between programmes in the same Member State.

In the absence of consolidated information at EU level, the auditors have made their own calculations. They estimate that the potential savings generated by the co-funded projects in businesses represent approximately 0.3% of the effort needed to reach the EU’s energyefficiency targets for 2030. In other words, EU-funded energy efficiency projects will deliver only a modest contribution to the EU’s objectives.

Background information
The Energy Efficiency Directive is the EU’s key legal instrument in the area of energy efficiency. It requires Member States to put in place measures to achieve national energy-efficiency targets, which in turn will contribute to the achievement of the EU’s targets. In their National Energy Efficiency Action Plans, Member States set out measures for increasing efficiency in the supply, transmission and distribution of energy, as well as measures applicable to end users.
Special report 2/2022, “Energy efficiency in enterprises: some energy savings, but weaknesses in planning and project selection” is available on the ECA website (eca.europa.eu).