The European Institute of Innovation and Technology (EIT), set up to bring together the worlds of education, science and business, is impeded in its effectiveness by a complex operational framework and management problems, according to a new report by the European Court of Auditors. 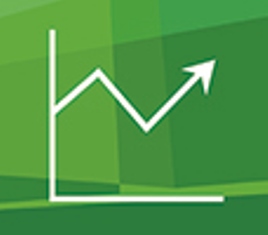 With a budget of €2.7 billion over the 2008-2020 period, the EIT aims to bring together creative and innovative partners from academia, research and business. Instead of financing projects directly, it provides grants to autonomous partnerships called Knowledge and Innovation Communities (KICs). The three KICs launched in 2010 include more than 500 partners across various disciplines, countries and sectors.

The auditors examined whether the EIT was an effective tool to foster innovation in the EU. While the main reasons for setting up the Institute were well-founded, they concluded that a number of important changes are needed.

“If the EIT wants to become the ground-breaking innovative institute it was originally conceived to be, significant legislative and operational adjustments are required to better foster the EU’s innovation potential”, said Alex Brenninkmeijer, the Member of the European Court of Auditors responsible for the report.

Seven years after its inception, the EIT is still not fully operationally independent from the European Commission. This has hampered its decision-making, say the auditors. High staff turnover, including at senior management level, has limited the development of strategies and the efficiency of the EIT. The EIT is not the impact-driven institution which it was envisaged to be. The performance of the KICs is not sufficiently taken into account when the final payment of the grant is processed. The EIT has rarely rejected costs based on the lack of performance prior to 2015.

In light of their findings, the auditors recommend that the Commission should propose legislation to the European Parliament and Council to amend the EIT’s funding model. It should propose that certain funding conditions be removed, and that steps be taken to alleviate the operational and financial reporting burden of the KIC partners. They also recommend that the EIT itself should:

The purpose of this press release is to give the main messages of the special report adopted by the European Court of Auditors. The full report is on www.eca.europa.eu

Source: The European Court of Auditors