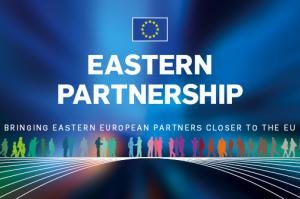 Commissioner Moedas commented: “Innovation is crucial to increase Europe’s competitiveness and to address global challenges such as climate change or sustainable development. Our new initiative, EU4Innovation, will boost innovation capacities of our Eastern partners. It will stimulate innovative ideas and support them on the way to market, while at the same time drawing on the existing knowledge and networks we are building in the EU.“

Commissioner Hahn said: “Developing and implementing Research and Innovation policy is key for improving competitiveness, boosting economic growth and creating jobs. The EU will continue to support Eastern Partnership countries in their efforts to advance their scientific and innovation capacity, to help align and integrate joint research and innovation priorities through joint programmes such as Horizon 2020”.

The new EU initiative, EU4Innovation, will combine all EU activities that support the development of Eastern Partnership countries (EaP) innovation capacities, notably those funded under the Horizon 2020 programme and the European Neighbourhood Instrument.

The Informal Eastern Partnership dialogue also gave participants an opportunity to reflect on the progress made across the key areas of cooperation agreed at the Riga Summit last year. They discussed the implementation of the renewed European Neighbourhood Policy and exchanged views on ways to enhance the effectiveness of the Eastern Partnership, in light of the next Summit foreseen for November 2017 in Brussels. The Ministers also addressed current international and global security issues, in particular, issues with a impact on the region.

The informal Eastern Partnership dialogues are held twice a year and hosted in turn by the Eastern Partnership countries. They allow for an open, informal exchange of views between the partner countries and the EU high level representatives on foreign policy and sectorial cooperation areas.