The first quarter 2020 is the first quarter in which the labour market across the European Union (EU) has been affected by COVID-19 measures taken by Member States. Employment and unemployment as defined by the ILO concept are, in this particular situation, not sufficient to describe all the developments taking place in the labour market. In this first phase of the crisis, active measures to contain employment losses led to absences from work rather than dismissals, and individuals could not search for work or were not available due to the containment measures, thus not counting as unemployed according to the ILO concept.

In this release, Eurostat, the statistical office of the European Union, is publishing a set of additional seasonally adjusted quarterly indicators which help to capture the most recent movements on the labour market in the 27 EU Member States.

These additional indicators include total labour market slack, which comprises all persons who have an unmet need for employment either because they are unemployed according to the ILO definition, are close to unemployment while not fulfilling all ILO criteria, or are working part-time and would like to work additional hours. Further, absences from work broken down by reason are published, as well as an index of total actual hours worked in the main job. More new indicators on recent job leavers and starters, as well as weekly total absences and transitions out of employment are published in the Eurostat database.

4.3 million more employed persons were absent from work in the first quarter 2020 compared to the fourth quarter 2019

Among the Member States for which data are available, the highest rates of absences from work in the first quarter 2020 were observed in France (18.1%), Sweden (16.2%) and Austria (15.0%) and the lowest rates in Romania (2.5%), Malta (3.3%), and Bulgaria (4.4%). In comparison to the fourth quarter 2019, all Member States except Finland experienced a rise in overall absences from work. Absences due to temporary lay-offs rose in all Member States for which data is available, and increased more than tenfold in France, Cyprus and Spain. 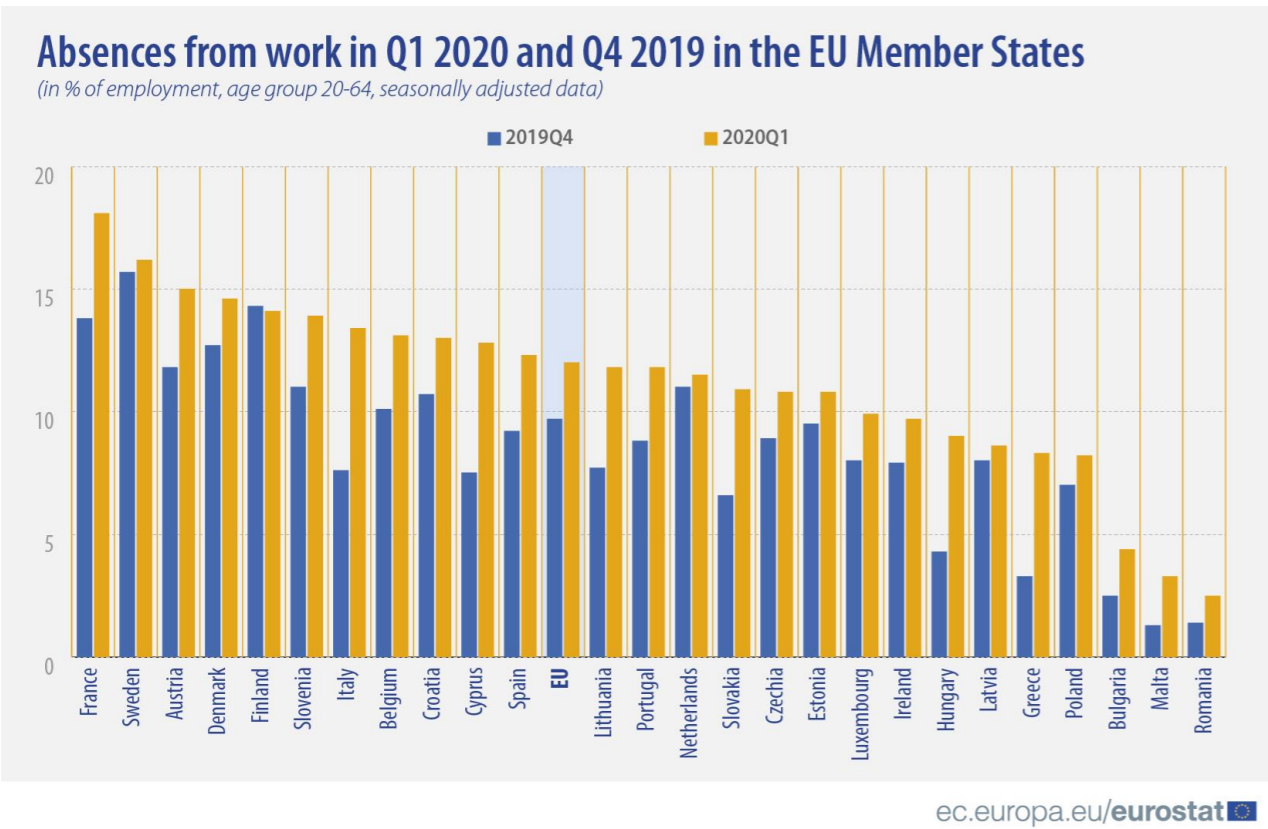 All Member States for which data are available experienced a drop in total actual hours worked between the fourth quarter 2019 and the first quarter 2020 except Finland (+0.2%). The highest overall falls were observed in Italy (-9.7%), Slovakia (-8.7%), and Austria (-7.9%). 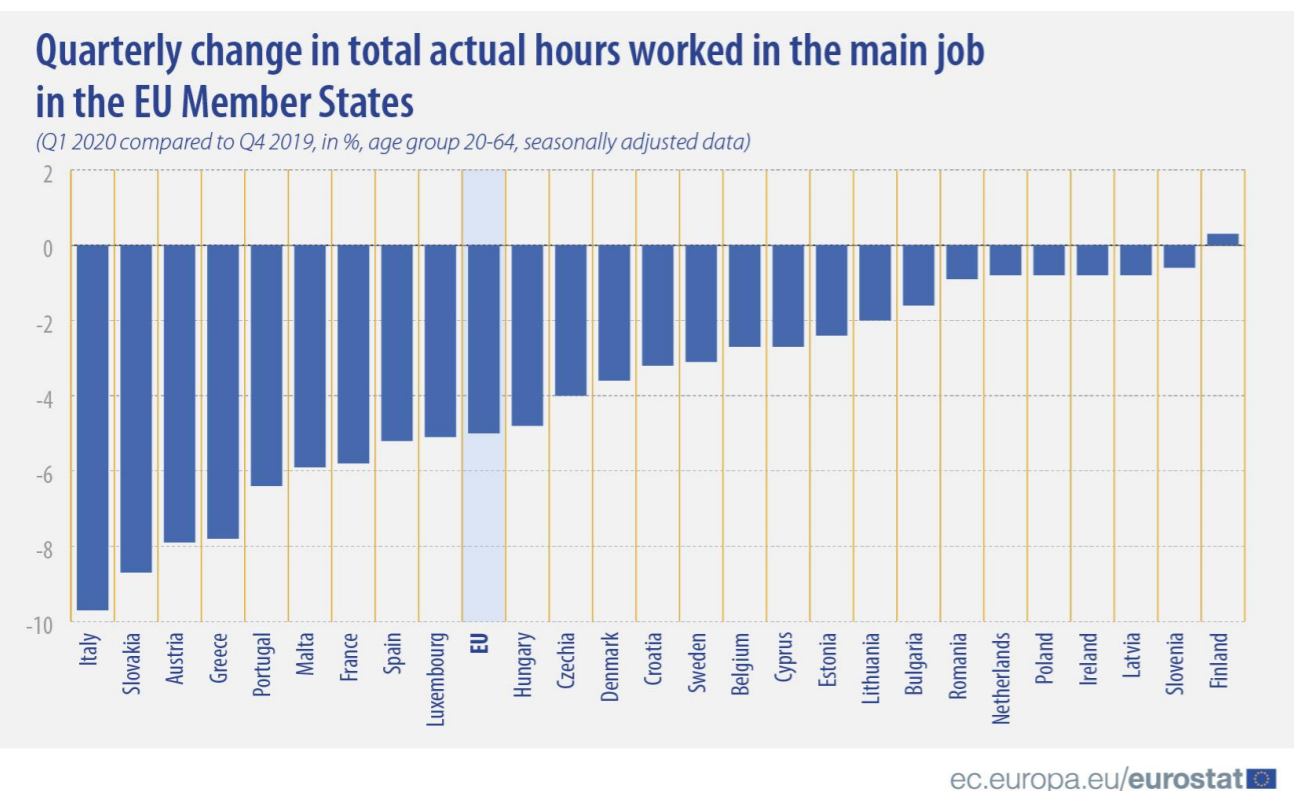