Free allowances still make up over 40 % of all available allowances under the EU’s ‘cap and trade’ emissions trading system (ETS), according to a new report by the European Court of Auditors (ECA). These free allowances, distributed to industry, aviation and, in some Member States, the electricity sector, were not well targeted. In addition, the speed of decarbonisation in the power sector was significantly reduced. The Commission needs to update its procedure for targeting free allowances to reflect the Paris Agreement and recent developments. 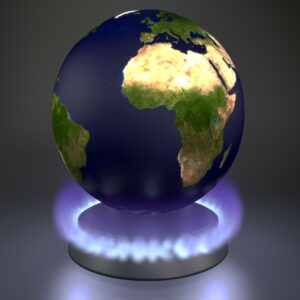 In principle, under the EU’s ETS, a price is put on carbon emissions and emission allowances are auctioned. Auction receipts also provide revenue for climate action. The EU’s ETS uses free allowances to discourage EU businesses from transferring activity to non-EU countries with lower environmental standards, as this would reduce investment in the EU and increase global emissions. This is known as “carbon leakage”. The industrial and aviation sectors benefit from free allowances, unlike most operators in the power sector, as it is considered that they can pass on carbon costs directly to the consumer. However, in the eight Member States with a GDP per capita below 60 % of the EU average, the power sector received free allowances to enable modernisation to take place.

“Free allowances should be targeted at those industrial sectors least able to pass on carbon costs to consumers,” said Samo Jereb, the ECA Member leading the audit. “However, this is not the case. Sectors representing over 90 % of industrial emissions are equally considered at risk of carbon leakage and benefit from continuous high rates of free allowances. Unless the allocation of free allowances is better targeted, the EU will not reap the full benefits the ETS could have on decarbonisation and public finances.”

The auditors found that the power sectors that received free allowances to invest in modernisation made significantly slower progress in decarbonisation than other Member States. The investments were often used to improve existing lignite and hard coal power stations rather than moving to less polluting fuels, particularly in Bulgaria, Czechia, Poland and Romania. The auditors acknowledge that the Commission has tightened rules affecting the power sector for 2021-2030.

Free allocation of allowances to industrial sectors is based on benchmarks from each sector’s top performers. The allowances will be progressively phased out by 2030 unless the sector is considered to be at risk of carbon leakage; in which case the allocation will not be reduced. While this approach provides incentives for improving energy efficiency, the auditors consider that better targeting is needed. The industrial sectors considered at risk of carbon leakage still represent over 90 % of EU industrial emissions, with no differentiation between different levels of risk, enabling all these sectors to continue to benefit from the full amount of free allowances. The auditors recommend that the Commission target free allowances based on exposure to different levels of risk.

Furthermore, the aviation sector receives free allowances despite being able to pass on carbon costs to customers. The auditors warn that this could support carbon-intensive air travel to the detriment of rail transport.

Due to the lack of targeting, under current arrangements most free allowances will not be reduced to zero by 2030. The auditors argue that more targeted distribution would have addressed the risk of carbon leakage, reduced windfall profits and benefited public finances by increasing the proportion of allowances auctioned.

The audit did not cover the impact of the COVID-19 pandemic on the ETS.

Source: The European Court of Auditors