Thanks to the adoption of its Territorial Just Transition Plan (TJTP) Romania will receive €2.14 billion from the Just Transition Fund (JTF) to support a just climate transition to a more attractive and greener economy. The fund will target the most affected regions, thus helping Romania to follow up on its commitment to phase out coal by 2032. It will support workers being affected by the ongoing energy transition to find new qualifications and new jobs, leaving no one behind. It will also support small and medium-sized businesses (SMEs) and, in specific cases, large companies to create jobs and diversify the economy in the fossil fuel production and carbon-intensive regions. 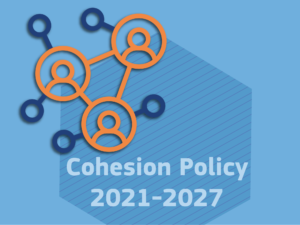 The funds will be allocated to six counties: Dolj, Galaţi, Gorj, Hunedoara, Mureş and Prahova. Gorj and Hunedoara still host active coal mining, notably in the Jiu Valley. Dolj, Galați, Prahova and Mureş have carbon-intensive industries, such as steel, cement and fertilisers and coal power is used for heating.

Making the territories in transition more attractive, economically and socially

It will support economic diversification by financing the establishment of SMEs in sectors that promote, for example, circular economy, traditional activities like crafts, or the production of environmentally friendly construction materials. The fund will also invest in renewable and clean energy technologies, such as hydrogen, to combat energy poverty.

Finally, the Fund will help reducing greenhouse gas emissions, by promoting the production of green steel in Galați and green ammonia in Azomureș. This will protect thousands of jobs in these energy-intensive sectors and ensure that these strategic industries remain in Europe.

The fund will support workers in the coal and carbon intensive industries with extensive training programmes for up- and reskilling to the new green sectors and to be prepared for the economic diversification planned for the regions.

It is estimated that, through these programmes alone, almost 30,000 workers will be trained and about 11,000 new jobs will be created.

The JTF supports territories that are particularly affected by the transition towards a climate-neutral economy. Support will be based on the development strategy defined in the TJTPs. The targeted territories are those most affected by climate transition in the country. They were identified during negotiations of the 2021-2027 Partnership Agreements and the associated programmes between the Romanian authorities and the Commission. The Partnership Agreement with Romania was approved in July 2022.

The TJTPs, developed by the national and regional authorities in close consultation with local partners, identify the challenges and development needs in each territory, and the objectives to be met by 2030. They also identify the planned actions with specific governance mechanisms.

The approval of TJTPs opens the door to funding by the JTF as well as to dedicated financing under the other two pillars of the Just Transition Mechanism (JTM): a just transition scheme under InvestEU and a Public Sector Loan Facility for Just Transition that combines Commission grants with European Investment Bank loans.

The JTM is a key tool to ensure that the transition towards a climate-neutral economy happens in a fair way, leaving no one behind. It provides targeted support to help mobilise around €55 billion over the period 2021-2027 in the most affected regions. Local partners and all stakeholders can get support and access to best practices and experiences all across the EU via the Just Transition Platform, allowing for the acceleration of the just transition.

The Just Transition Mechanism: making sure no one is left behind