The European Court of Auditors (ECA) has launched an audit to assess whether the European Commission has been safeguarding effectively the rights of citizens who travelled by plane or booked flights during the coronavirus crisis. The auditors will examine whether the current rules on air passenger rights are fit for purpose and resilient enough to deal with such a crisis. They will check whether the Commission monitored that air passengers’ rights were respected during the pandemic and took action accordingly. In addition, they will assess whether Member States took passenger rights into account when granting emergency state aid to the travel and transport industry. 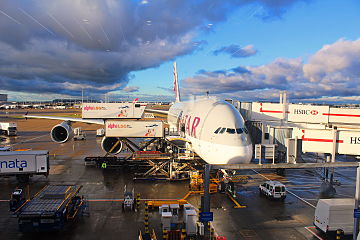 “In times of COVID-19, the EU and Member States have had to strike a balance between preserving air passenger rights and supporting the ailing airlines,” says Annemie Turtelboom, the ECA Member leading the audit. “Our audit will check that the rights of millions of air travellers in the EU were not collateral damage in the fight to save struggling airlines.”

The COVID-19 outbreak and health measures taken in response have brought about major travel disruption: airlines cancelled around 70 % of all flights and new bookings plummeted. People no longer could or wished to travel, also because of the frequently uncoordinated emergency measures by different countries, such as flight bans, last-minute border closures or quarantine requirements.

EU Member States introduced further emergency measures to keep their struggling transport industry afloat, including airlines, for example by granting them unprecedented amounts of state aid. Some estimates show that throughout the crisis, until December 2020, airlines – including non-EU ones – had obtained or were obtaining up to €37.5 billion in state aid. In addition, twelve Member States notified the Commission of state aid measures to prop up their tour operators and travel agencies to the tune of some €2.6 billion.

Member States also allowed airlines more flexibility in refunding passengers whose flights were cancelled. The Commission issued guidelines and recommendations, including the fact that offering vouchers does not affect the passengers’ entitlement to a cash refund. However, the passengers whose flights had been cancelled were often pressured by airlines to accept vouchers instead of receiving a cash refund. In other cases, airlines did not refund passengers on time or not at all.

The EU auditors’ report is expected before the summer holiday with the aim of supporting air passengers in times of crisis and launching a general attempt to restore trust in aviation. In the context of this audit, the auditors are also checking whether the recommendations they made in their 2018 report on passenger rights have been put into practice.

Protecting passenger rights is an EU policy with direct impact on citizens and thus highly visible across Member States. It is also a policy which the Commission considers to be one of its great successes in empowering consumers, as their rights are guaranteed. The EU aims to provide all air transport users with the same level of protection. The Air Passenger Rights regulation gives air travellers the right to cash refunds, to re-routing and on-the-ground support such as free meals and accommodation if their flights are cancelled or significantly delayed, or if they are denied boarding. Similar protection exists via a European Directive for people who book package deals (e.g. a flight plus hotel).

For more detail, see the audit preview “Air passenger rights during the Covid-19 crisis”, available in English at eca.europa.eu. Audit previews are based on preparatory work before the start of an audit, and should not be regarded as audit observations, conclusions or recommendations. The ECA recently published two reviews of the EU’s response to the COVID-19 crisis, one on health and the other on economic aspects. Its work programme for 2021 announced that one in four of its new audits this year will be related to COVID-19 and the recovery package.