While the EU’s accounts for the 2020 financial year give “a true and fair view” and revenue was considered error-free, payments remain affected by too many errors. That is the conclusion of the European Court of Auditors’ (ECA) annual report for the 2020 financial year, published today. The auditors have issued an adverse opinion on expenditure for the second consecutive year. They have also identified risks and challenges relating to the implementation and sound financial management of the EU funds being made available in response to the coronavirus crisis. 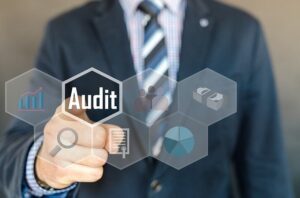 The auditors found that the overall level of irregularities in EU spending has remained stable, at 2.7 % in 2020 (2019: 2.7 %). In 2020, more than half of the audited spending (59 %) was considered high-risk expenditure, a further increase compared to 2019 (53%) and before. The rules and eligibility criteria governing this type of expenditure are often complex, which makes errors more likely. Material error continues to affect high-risk expenditure at an estimated rate of 4.0 % (2019: 4.9 %). As in the previous year, the auditors have therefore concluded that the level of error in this substantial type of spending is pervasive, and issued an adverse opinion on EU expenditure for 2020.

Six cases of suspected fraud were reported in 2020 arising from our audit work– fewer than in 2019, when nine cases were reported. The European Anti-Fraud Office (OLAF) has opened investigations into all of them.

“In view of the great challenges that lie ahead of us, we must remain even more vigilant about the financial soundness of the EU”, said ECA President Klaus-Heiner Lehne. “Over the next seven years, the EU will spend significantly more than in the previous programme period. The 27 Member States agreed on a COVID-19 recovery programme, which will be financed by issuing public debt. This decision marks a major shift in EU finances. It entails an obvious need for effective checks on how EU money is spent, and on whether the intended results are achieved.”

The EU response to the COVID-19 pandemic will have a very substantial impact on the EU’s finances: for the 2021-2027 financial period, the combined funding allocation from the Next Generation EU (NGEU) instrument and the multiannual financial framework (MFF) will be €1 824 billion, almost twice the amount of spending in the previous MFF period. In view of this, the auditors point out the risk of a delayed start to the implementation of shared management funds in the 2021-2027 financial period. A delayed start affected the implementation of funds the 2014-2020 financial period as well.

The ECA points out that Member States’ absorption of the European Structural and Investment (ESI) Funds has continued to be slower than planned. By the end of 2020, the final year of the current seven-year budget, only 55 % of the agreed EU funding for the 2014-2020 period had been paid out. This has had the effect of inflating outstanding commitments, which reached €303.2 billion by the end of 2020, the equivalent of nearly two annual budgets. The auditors note that there are considerable differences between Member States. While Finland, for example, had absorbed 79 % of its total allocation by the end of 2020, the three Member States where the absorption rate was lowest (Italy, Croatia and Spain) had only used around 45 % of their committed amounts.

Background information
In 2020, EU spending amounted to €173.3 billion, representing 1.1 % of the combined gross national income of the EU Member States and the UK. ‘Natural resources’ made up the largest share of funds (34.9 %). ‘Cohesion’ spending accounted for 34.3 %, and ‘Competitiveness’ spending for 13.9 %. About two thirds of the budget is spent under shared management, a system under which the Member States distribute funds, select projects and manage the EU’s expenditure.

Each year, the auditors audit EU revenue and expenditure, examining whether the annual accounts are reliable and whether income and expenditure transactions comply with the applicable rules at EU and Member State level.

The EU’s accounts are prepared by applying accounting rules based on international public-sector accounting standards. They give an account of the EU’s financial position at the end of the previous financial year, and its financial performance throughout it. The EU’s financial position includes the assets and liabilities of its consolidated entities at year-end, both short-term and long-term.
A ‘clean’ opinion means that the figures present a true and fair view and follow the rules of financial reporting. A ‘qualified’ opinion means that the auditors cannot give a clean opinion, but the problems identified are not pervasive. An ‘adverse’ opinion indicates widespread problems.

In order to reach this audit opinion, the auditors test samples of transactions to provide statistically based estimates of the extent to which revenue and individual spending areas are affected by error. They measure the estimated level of error against a threshold of 2 %, this being the rate above which irregular revenue or spending is considered to be material. The estimated level of error is not a measure of fraud, inefficiency or waste: it is an estimate of the money that was not used fully in accordance with EU and national rules.

The ECA is the independent external auditor of the European Union. Its reports and opinions are an essential element of the EU accountability chain. They are used to hold to account those responsible for implementing EU policies and programmes: the Commission, other EU institutions and bodies, and administrations in Member States. The ECA warns of risks, provides assurance, indicates shortcomings and good practice, and offers guidance to policymakers and legislators on how to improve the management of EU policies and programmes.