Etisalat UAE— a Leading Telecom service provider together with Huawei announced the first successful trial of Smart Parking in the Middle East on Etisalat live network. The live trial is the first implemented use case in Internet of Things (IoT)/Machine to Machine (M2M) strategic partnership MoU signed by both parties at MWC 2015.

Low Power Wide Area (LPWA) networks are new types of network to address a large number of IoT/M2M applications that are not feasibly addressed using 2G/3G cellular networks, either due to cost, coverage or battery life limitations. The new technology, called Narrow Band Internet of Things (NB-IoT) is the proposed 4.5G standard technology that brings considerable advantages to mobile operators building their LPWA networks when it comes to deployment, operation and re-usability of existing processes, IT and infrastructure assets. 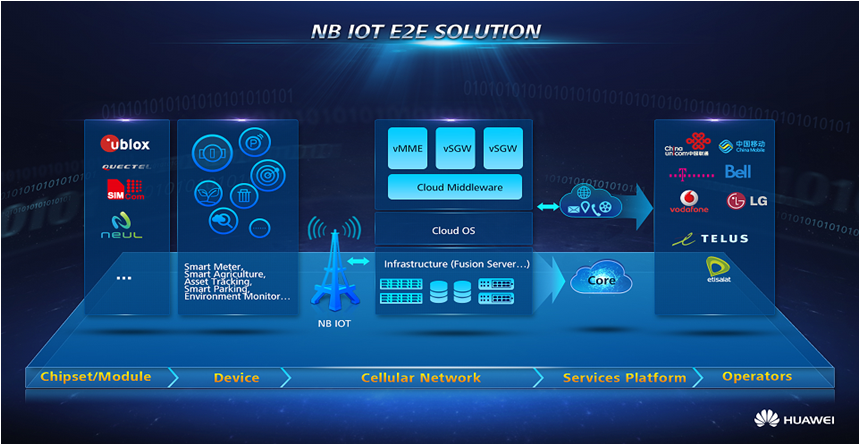 As the phase II of cooperation between Etisalat and Huawei, the live trial of NB-IoT is composed of the end-to-end infrastructure based on Etisalat live network as well as smart parking sensors deployment at Abu Dhabi as well Dubai, UAE. Smart Parking is one of the most important part of smart City verticals and will bring triple benefits for consumers, service providers and mobile operators, through efficient business and personal life management. In the coming years, Etisalat will explore more LPWA verticals powered by NB-IoT – from Smart Water Meters to Smart Parking to Smart Tracking to more vertical industries, and thus bringing Etisalat more capabilities to fulfill the requirements of Smart City.

“Having greater ability to support low cost, low power devices as part of our existing global Internet of Things service gives us the ability to connect the largest range of objects and devices on a single network infrastructure. As a leader in the Internet of Things we are excited to support NB-IoT as the key technology to drive the LPWA industry forward. LPWA is also an important part of smart city and Dubai Innovation 2021 strategy initiatives.” said Haitham Abdulrazzak, CTO of Etisalat UAE.

“This successful live trial builds on Huawei’s existing strong relationships with Etisalat. The Internet of Things is a major growth area for Huawei. We are looking to leverage our M2M expertise to bring innovative solutions into the mobile ecosystem offering opportunities for a new wave of growth in connectivity.” adds Wilson Wang, President of Huawei Etisalat UAE Key Account.