The E-nose, an electronic device for detecting microbiological contamination due to bacteria or fungi on board the International Space Station, will in future be used even more ‘flexibly.’ When a Soyuz launcher (TMA-20M) launches from the spaceport in Baikonur (Kazakhstan) on 18 March, it will be carrying new instruments for the E-nose, which was developed by Airbus Defence and Space for the German Aerospace Centre (DLR). These include a 70-centimetre-long flexible gooseneck probe for taking samples.

The flexible probe can sniff for bacterial contamination behind racks and panels and other hard-to-reach places. This trunk is not simply an extension, but rather an exterior part of the instrument. The coaxial system (tube-in-tube principle) contains filters and moisture regulators and can adhere itself to the area being tested. The sampling heads are replaced after each use in order to prevent contamination from the previous measurement. 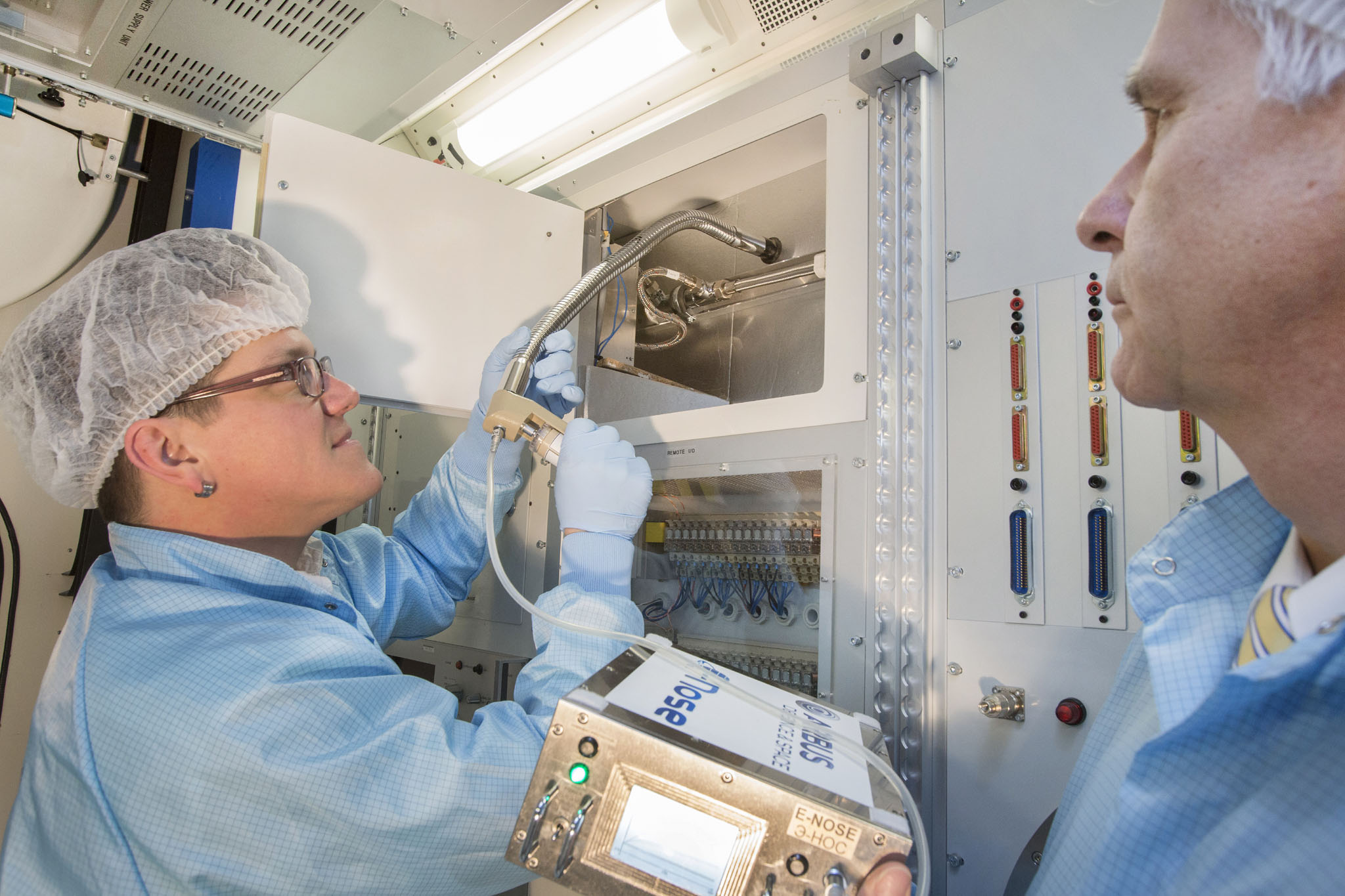 The new, trunk-like instrument of the ‘E-nose’ can detect micro-bacterial contamination in every corner of the Space Station. Viktor Fetter (left) and Thomas Hummel from Airbus Defence and Space take samples in an ISS ground module. © Airbus DS GmbH

The E-nose has been on board the International Space Station since the end of 2012 and was qualified during three series of tests. The test results from this phase had to be brought back to Earth on a memory card to be evaluated, however the new elements will in future allow the data to be received and evaluated in near-real time inside the ISS. This would enable direct monitoring of the environment, a concept which is now to be tested in a two-year extended trial with several ISS crews.

About Airbus Defence and Space

Airbus Defence and Space, a division of Airbus Group, is Europe’s number one defence and space enterprise and the second largest space business worldwide. Its activities include space, military aircraft and related systems and services. It employs more than 38,000 people and in 2015 generated revenues of over 13 billion Euros.