The European Commission has announced the second round of direct equity investment through the European Innovation Council (EIC) Fund. Since its launch in 2020, the EIC Fund has now approved 111 investments in highly innovative start-ups and small and medium-sized businesses (SMEs) totalling more than €500 million to scale up breakthrough innovations in areas such as health, circular economy, and Internet of Things (IoT). 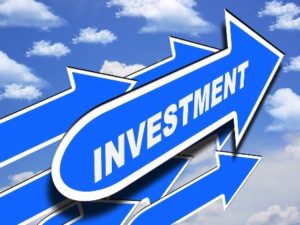 Today’s announcement represents 69 new investments compared to the first announcement in January. This provides a strong foundation for the EIC fund under Horizon Europe, which is expected to invest more than €3.5 billion over the next 7 years.

Mariya Gabriel, Commissioner for Innovation, Research, Culture, Education and Youth said: “The EIC Fund has developed incredibly quickly and has established itself as a new force in EU technology investments. This unique form of financing – combining grants and equity – is proving itself highly attractive to Europe’s most promising startups, and providing them with the means to develop and scale their businesses in Europe.”

The equity investments, ranging from €0.5 to €15 million per company, complement the grant financing of up to €2.5 million, which has already been provided through the EIC Accelerator. All investments are preceded by a thorough evaluation by external experts, a due diligence process overseen by the EIC Fund Investment Committee, and a final decision by the EIC Fund Board of Directors. The EIC Fund’s ownership stakes range from 10% to 25% and is typically used to leverage in other investors as part of a larger financing round.

Examples of recently signed investments include:

A list of EIC signed investments shows only 16 signed deals as the Commission does not publish the investments until the company and other investors have given consent.

Established in June 2020, the European Innovation Council Fund (EIC Fund) is a breakthrough initiative of the European Commission to make direct equity and quasi-equity investments (between €0.5 and €15 million) in European high impact and deep tech start-ups and scale-ups. The EIC Fund provides patient capital and invests in companies from any sector, across all EU countries and countries associated to Horizon 2020.

The EIC Fund aims to fill a critical financing gap and its main purpose is not to maximise financial investment returns, but to have a high impact by accompanying companies with and disruptive technologies in their growth. Its objective is to crowd in market players, further sharing risks by building a large network of capital providers and strategic partners suitable for co-investments and follow on funding. The Fund pays particular attention to empower and support female founders, as well as contributing to reduce the innovation divide among EU countries.

The EIC Fund was launched under the pilot phase of the EIC to invest in the 159 companies selected under the EIC pilot Accelerator. Given the successful experience, the EIC Fund will be continued and further improved under Horizon Europe to invest in start-ups and SMEs selected for funding by the full EIC programme. The first investments under the full EIC are expected later this year, following the first deadline for companies to send full applications to the EIC Accelerator on 16 June 2021.