Romania’s Ministry of the Environment has released a new website allowing real-time tracking of all timber transports across the country.

This new map-based interface, “Forest Inspector,” represents a groundbreaking approach by the government to involve its citizens in the fight against illegal logging – a pervasive problem which continues to threaten the country’s valuable forests, among Europe’s oldest and most pristine. 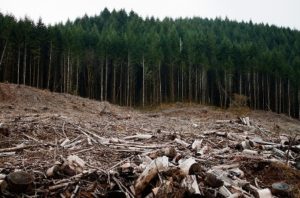 The “Forest Inspector” portal allows users to view ongoing and historical data about all timber transports in Romania. This new interface builds upon a series of previous government initiatives. In 2014, Romania’s government created a hotline where citizens could call to check if logging trucks seen on Romania’s roads were officially registered. Public statistics show that a quarter of all phone calls since 2014 identified illegal trucks. A mobile app version introduced in 2016 led to a 30% increase in the number of trucks registering official transport documents, which would seem to indicate a dramatic decrease in the number of log trucks illegally transporting timber.

The new interface released this week provides full public access to a logging truck’s journey, including whether it is registered, the type and quantity of logs it is transporting, and the exact GPS coordinates where the logs were loaded on to the truck. The interface does not currently link transport documents and harvesting permits; a critical element needed to prevent the laundering of illegally-cut timber that has been commonplace in Romania.

Involving citizens directly in governance of a country’s forests is the approach that can truly ensure effective governance and transparency for managing and protecting the world’s forests. Ultimately, full transparency and public access is the only way to have a robust, sustainable system to hold governments and companies accountable for complying with the laws in place to protect the world’s forests.

“With the future addition of a link between transport documents and harvesting sites, the Forest Inspector website could truly link the logs on the road to the forest stand itself,” said Gehl. “Romania is well on its way to becoming a world-leader in involving its citizenry in governing its own forests in a unique and innovative way.”