North Carolina State University-led researchers have developed an analytical measurement “framework” which could allow organic solar cell researchers and manufacturers to determine which materials will produce the most stable solar cells prior to manufacture. 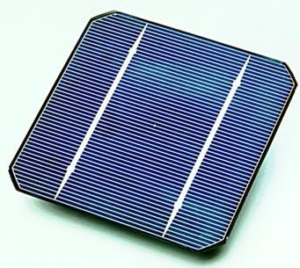 Organic solar cells have increased in efficiency over the past decades, but researchers and manufacturers still struggle with determining which material combinations work best and why, as well as with achieving stable morphology and operation.

“There is still a lot of ‘trial and error’ guesswork involved in identifying promising materials for these solar cells,” says Harald Ade, Goodnight Innovation Distinguished Professor of Physics at NC State and co-corresponding author of the research. “However, we found that if you understand two important parameters for the materials being used, you can predict how stable the active layer morphology will be, which in turn affects efficiency over time.”

The parameters in question are the elastic modulus and glass transition – essentially how stiff the material is and at what temperature the material transitions from a rigid state to a rubbery or viscous fluid state.

“The most efficient solar cells are composed of a blend of materials that typically have poor miscibility,” says Brendan O’Connor, associate professor of mechanical and aerospace engineering at NC State and co-corresponding author of the research. “Ideally, these blends need to be mixed during fabrication to an optimized composition, but over time they can separate or diffuse into domains that are too pure, which leads to device degradation.

“We wanted to understand what drives this instability in composition. We found that the molecular interactions that fundamentally drive diffusion behavior could be captured with the ‘proxy-parameters’ of elastic modulus and glass transition temperature.”

The team, led by NC State postdoctoral researcher Masoud Ghasemi, used secondary ion mass spectrometry (SIMS), to measure the diffusion behavior of small molecules into a pure polymer layer. They also used differential scanning calorimetry (DSC), and a wrinkling metrology approach to measure the glass transition and elastic modulus of a number of materials that are commonly used in organic solar cells.

Overall, the team found that the most stable organic solar cells contained a small molecule with a high glass transition temperature and a polymer with a large elastic modulus; in other words, a highly rigid material.

“The more rigid materials also have the lowest inherent miscibility,” Ghasemi says. “Interestingly, this means that the materials that do not like to mix have the lowest diffusion when forced to do so, resulting in the most stable solar cells.”

“Our findings are fairly intuitive,” Ade says, “but finding that there is a quantitative relationship between elastic modulus, glass transition and the molecular interactions inside these materials allows us to capture interaction forces at a local level, predicting stability in these systems without requiring trial and error.”

The research appears in Nature Materials and was supported in part by the Office of Naval Research and the National Science Foundation. Researchers from the University of North Carolina at Chapel Hill, the University of Kentucky, Imperial College London and the University of Oxford, U.K., also contributed to the work.