The European Commission issued a €17 billion inaugural social bond under the EU SURE instrument to help protect jobs and keep people in work. The issuing consisted of two bonds, with €10 billion due for repayment in October 2030 and €7 billion due for repayment in 2040. There was very strong investor interest in this highly rated instrument, and the bonds were more than 13 times oversubscribed, resulting in favourable pricing terms for both bonds. 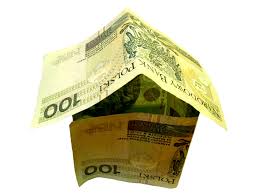 President of the European Commission Ursula von der Leyen said: “For the first time in history, the Commission is issuing social bonds on the market, to raise money that will help keep people in jobs. This unprecedented step matches the extraordinary times we are living in. We are sparing no efforts to safeguard livelihoods in Europe. I’m glad that countries hit badly by the crisis will receive support under SURE rapidly.”

European Commissioner Johannes Hahn in charge of Budget and Administration said: “With this operation, the European Commission has made a first step towards entering the major league in global debt capital markets. The strong investor interest and the favourable conditions under which the bond was placed are further proof of the great interest in EU bonds. The “social bond” character of the issuance has helped to attract investors who wish to help EU Member States in supporting employment through these difficult times.”

These represent attractive pricing conditions for the Commission’s largest ever bond issuance and a favourable debut for the SURE programme. The terms on which the Commission borrows are passed on directly to the Member States receiving the loans. (See here for more details on the pricing of the transaction).

The banks that supported the European Commission with this transaction (“joint bookrunners”) were Barclays (IRL), BNP Paribas, Deutsche Bank, Nomura and UniCredit.

The funds raised will be transferred to the beneficiary Member States in the form of loans to help them cover the costs directly related to the financing of national short-time work schemes and similar measures as a response to the pandemic.

In that context, the Commission announced earlier this month that it would issue the entire EU SURE bond of up to €100 billion as social bonds, and adopted an independently evaluated Social Bond Framework.

These loans will help Member States to cover the costs directly related to the financing of national short-time work schemes, and other similar measures they have put in place as a response to the pandemic, in particular for the self-employed. SURE could also finance some health-related measures, in particular at the work place, used to ensure a safe return to normal economic activity.

Member States can still submit formal requests for support under SURE, which has an overall firepower of up to €100 billion to help protect jobs and workers affected by the pandemic. The Commission has already proposed a total of €87.8 billion in financial support under SURE to 17 Member States.

Background on the EU borrowing

Further details on the issuance: