The European Commission has welcomed the agreement between the European Parliament and EU Member States in the Council on Europe’s next long-term budget and NextGenerationEU, the temporary recovery instrument. Once adopted, the package of a total of €1.8 trillion will be the largest package ever financed through the EU budget. It will help rebuild a post-COVID-19 Europe, which will be greener, more digital, more resilient and better fit for the current and forthcoming challenges. 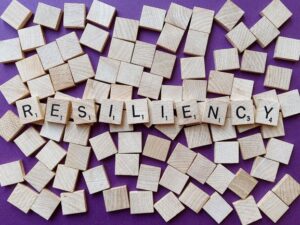 President Ursula von der Leyen said: “I welcome today’s agreement on our Recovery Plan and the next Multiannual Financial Framework. We now need to move forward with finalising the agreement on the next long-term budget and NextGenerationEU by the end of the year. Help is needed for citizens and business badly hit by the coronavirus crisis. Our recovery plan will help us turn the challenge of the pandemic into an opportunity for a recovery led by the green and digital transition”.

European Commissioner Johannes Hahn in charge of the budget, who worked to facilitate the deal since the beginning of the mandate, said: “Today’s agreement will allow to reinforce specific programmes under the long-term budget for 2021-2027 (including Horizon Europe, Erasmus+, EU4Health). All in all, the EU long-term budget together with NextGenerationEU will amount to more than €1.8 trillion. It will play an essential role to support the recovery and make sure traditional beneficiaries of EU funds receive the sufficient means to continue their work during these very challenging times for all”.

Main elements of today’s compromise include:

The MFF Regulation and the Interinstitutional Agreement endorsed today must now be formally adopted by the European Parliament and the Council, in line with their respective roles and procedures.

In parallel, work must continue towards a final adoption of all other elements of the package, including the sectoral legislation and the Own Resources Decision.

In the case of the Own Resources Decision, which will enable the Commission to borrow, ratification by all Member States in line with their constitutional requirements is also needed. The European Parliament, at the September plenary, has already provided its positive opinion on this piece of legislation. The adoption by the Council is the next step.

In parallel, negotiations on the annual budget for 2021 have to take place. The 21-day conciliation period, during which the European Parliament and the Council should reach an agreement, runs between 17 November and 7 December this year.

The Commission remains fully committed to accompany the process.

The Commission put forward its proposal for the EU’s next long-term budget on 2 May 2018. The framework proposal was immediately followed by legislative proposals for the 37 sectoral programmes (e.g. cohesion, agriculture, Erasmus, Horizon Europe, etc). Between 2018 and the beginning of 2020, the Commission worked hand in hand with the rotating Presidencies of the Council, and in close collaboration with the European Parliament, to take the negotiations forward.

On 27 May 2020, in response to the unprecedented crisis caused by the coronavirus, the European Commission proposed the temporary recovery instrument NextGenerationEU of €750 billion, as well as targeted reinforcements to the long-term EU budget for 2021-2027.

On 21 July 2020, EU heads of state or government reached a political agreement on the package. Since then, the European Parliament and the Council, and with the participation of the European Commission, held 11 trilateral political trilogues on the deal with the aim of fine-tuning the final parameters of the deal.