Three world-class Georgia institutions, including MNG Laboratories, received the beta version of ELLN2 over the past three months. A previous version of the software is licensed to a major public health agency in the Atlanta metro area since 2014.

Founded in 2014, Cryogenic Control is developing ELLN2, the first-of-its-kind comprehensive remote monitoring and control system for cryogenic freezers. ELLN2 installs on a PC and connects directly to Chart® MVE™ Biomedical freezer controller models TEC2000, TEC3000, and Vario using standard network cables. A fraction of the cost of other systems, ELLN2 does not require new temperature probes. 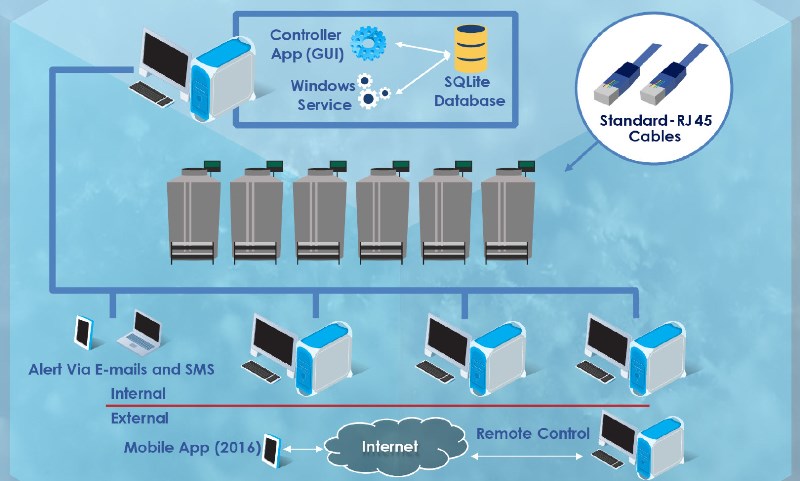 Lori Campbell, PhD, President of Cryogenic Control said: “The original concept for ELLN2 came from my time leading the biorepository at the Centers for Disease Control and Prevention (CDC). We worked closely with industry over the past 18 months and invested thousands of coding hours to develop ELLN2 to meet the needs of small biorepositories with a single freezer up to large biorepositories managing several hundred freezers. ELLN2 is the only solution that allows remote control of freezers and alarm triage. We are excited to partner with these global thought leaders in Georgia before rolling ELLN2 out across the globe later this year.”

Matthew Snyder, Procurement Manager at MNG Laboratories said: “The preservation of cold chain storage for our samples is part of our reputation for securing those samples entrusted to us with world-class monitoring technology. We view ELLN2 as a potential extension of our diverse capabilities and cutting-edge techniques, and we look forward to validating the software in our facility.”

Cryogenic Control expects to add beta test sites in the U.S. and Canada in Q2 2016. The company will attend the ISBER 2016 Annual Meeting in Berlin, Germany to provide a demo and answer questions.