In April 2016, the Commission adopted, with its European Cloud Initiative, an ambitious strategy in the field of Digital Technologies. It was accompanied by a staff working document on Quantum Technologies, announcing the intention to set-up a Flagship initiative over the next 10 years. The present call topic is for a Coordination and Support Action to support the community in establishing the flagship initiative and its coordination with national activities in the field. 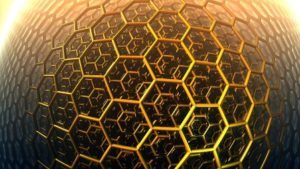 Proposals should aim at coordinating the relevant stakeholders, notably academia and industry, as well as policy makers, addressing all of the following:

It is expected that such an activity is driven by the relevant actors of the field including both academia and industry.

The Commission considers that proposals requesting a contribution from the EU of up to EUR 0.5 million would allow this specific challenge to be addressed appropriately. Nonetheless, this does not preclude submission and selection of proposals requesting other amounts.The indicative duration of the Coordination and Support Action is from 12 to 18 months.

The following impacts are expected to be addressed: